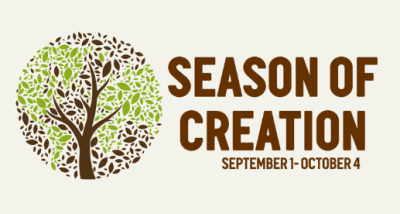 Bishop Donal McKeown of Derry has defended the Season of Creation, the month-long celebration of care for our common home by the world’s 2.2 billion Christians, stressing that it is neither a theology-lite initiative nor an escape from real moral issues.

The Season of Creation started on 1 September with the Day of Prayer for Creation and it ends on 4 October, the Feast of St Francis of Assisi, the patron saint of ecology.

In his homily on Sunday in Derry, Bishop McKeown described the Season of Creation as “a grace-filled worldview which knows that our current consumerist economic model is destroying both the physical environment and the human ecology”.

He said our current economic model is poisoning much of the air and water that we need while proclaiming a ‘me-centred’ approach which destroys family and community.

“An economic message which says that life is only a joke with no real meaning will be prepared to sacrifice both the born and the unborn on the altar of my comfort. And the strong don’t want to hear that. They would rather that we criticised others.”

Referring to Sunday’s Gospel, the Bishop of Derry said Jesus asks his followers to work as part of the community.

“Jesus wants to welcome people to walk within a community, not just hear that their actions are wrong. As a Church, we are faced with different emphases on what are the major wrongs that Jesus would condemn as the great destructive sins. Some give preeminence to the protection of the unborn, others focus on destructive sexual morality or abuse of the sacraments, yet others point out brutal economic injustice. None of these excludes the others.”

“There is no future for Church, as Jesus sees it, if we are proud of fighting with one another. Evil in all its forms has to be pointed out.”

Noting that Pope Francis is keen that any emphasis on climate justice is in the context of love of God and of neighbour, Dr McKeown added, “He seeks to offer a unified picture of where selfishness and greed lead us.”

When the Church loses it prophetic voice, when Church leaders fail to question the strong, when the little ones feel crushed under a weight of condemnation, when Church leaders appear to support partisan politics rather than critique them, “I suspect that Jesus would feel very uncomfortable,” he said.

Elsewhere in his homily, the Bishop of Derry underlined that “In this country we face the need to rediscover who we are as a community of faith in rapidly changing circumstances. Fragmentation into cliques is not the Jesus way forward.”

In Corinth, Paul condemned those who said they were for Paul, for Cephas, for Apollos and for Christ.

“We face the same reality in that some say they are for Francis, for Benedict, for John Paul or for Burke,” but he added that Jesus calls all those who gather around the altar in his name to point out evil wherever it is and to build community despite our differences.

“The world where so many are hurting needs to hear of God’s love and mercy, and not just about our hang-ups.”

“A fragmenting world will not see Jesus in a fractious church. Jesus challenged his disciples 2,000 years ago as he prepared to face Calvary out of love for the world. He still issues the same challenge to his disciples now,” Bishop McKeown said.