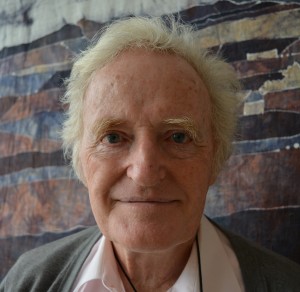 The programme for Pope Francis’ apostolic visit to Kenya, Uganda and the Central African Republic next month was released on Saturday.

The November 25-30 journey will be Pope Francis’ first visit to Africa as Pope.

The five-day visit will include a visit to a poor neighbourhood in Nairobi in Kenya; a visit to the Anglican and Catholic martyrs’ shrines in Namugongo in Uganda; and a visit to a refugee camp in the Central African Republic.

Irish missionary, Fr Eddie Murphy is based in the capital of Zimbabwe. He believes the papal visit will highlight the extent to which the Church in Africa is dynamic and still growing.

Speaking to CatholicIreland.net, the Jesuit said he would describe the Church on the vast continent as “thriving”.

“One of the spin offs of the Pope’s visit will be that people will see how the Church in Africa has grown and established itself and is running its own show.”

Talking about the Irish missionary outreach to Africa in past decades, he said that today “Most of the financial support has stopped. The missionaries are no longer there. It is a Church standing on its own feet.”

Acknowledging that the Church in Africa is clerical, he said the other side of that is that the laity have great influence within the Church notably in relation to liturgies.

“Liturgies would be very largely organised by the laity and if they want to dance they dance, and when they want a procession they have a procession. They will organise the Sunday liturgy and it can take between one and two hours.”

The stronger role of the laity he explained developed from the early missionaries willingness to employ lay people as catechists.

“I think that in the history of the Church that may have been unique. I don’t think it ever happened before to the degree it has happened in Africa – a lay presence in the leadership of the Church – that is a little bit special.”

He also expressed regret that the laity in Ireland were not more participatory at Mass.

“I was at a nice Mass in Dunmore last Sunday and the church was full. It is a rural parish – but the congregation was silent. There is something missing in the Irish Church culturally that we have to get into the pub before we sing.”

The schedule for the Pope’s visit to Africa is as follows:

Welcome ceremony at the State House

18:00     Courtesy visit to the President of the Republic at the State House in Nairobi

18:30     Meeting with the civil authorities of Kenya and with the diplomatic corps

08:15     Interreligious and Ecumenical Meeting in the Salon of the Apostolic Nunciature in Nairobi

15:45     Meeting with clergy, religious men and women, and seminarians, at the athletic field of St Mary’s School

08:30     Visit to the poor neighbourhood of Kangemi in Nairobi

11:15     Meeting with the Bishops of Kenya in the VIP room of the Stadium

15:10     Farewell ceremony at the Jomo Kenyatta International Airport in Nairobi

08:30     Visit to the Anglican Sanctuary of the Martyrs at Namugongo

09:00     Visit to the Catholic Sanctuary of the Martyrs at Namugongo

09:30     Holy Mass for the Martyrs of Uganda in the area of the Catholic Sanctuary

18:00     Meeting with the Bishops of Uganda in the Residence of the Archbishop

19:00     Meeting with priests, religious men and women, and seminarians in the Cathedral

09:15     Departure by air from Entebbe for Bangui in the Central African Republic

11:00     Courtesy visit to the president of the state of transition in the Presidential Palace “de la Renaissance”

11:30     Meeting with civic leaders and with the diplomatic corps

13:00     Meeting with the Bishops of the Central African Republic

16:00     Meeting with the Evangelical Community at the headquarters of FATEB (the Faculty of Evangelical Theology of Bangui)

17:00     Holy Mass with priests, religious men and women, catechists, and young people at the Cathedral of Bangui

19:00     Confessions of some young people; and the beginning of the Vigil of Prayer in front of the Cathedral

08:15     Meeting with the Muslim community in the central Mosque of Koudoukou in Bangui

09:30     Holy Mass in the Stadium at the Barthélémy Boganda Sports Complex