Home > Eighth Amendment > Save the Eighth rally: most important pro life rally ever

Save the Eighth rally: most important pro life rally ever 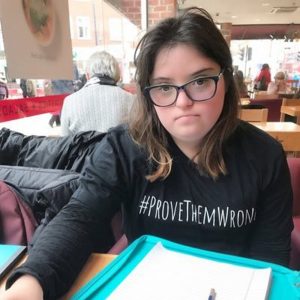 This year’s ‘Save the 8th Rally for Life’, which takes place, tomorrow, Saturday 10 March at 2 pm in Dublin city centre, is on track to be the “most important pro life rally ever”, according to organisers.

“Right now, the lives of pre-born children hang in the balance, but together we can offer mothers a better answer than abortion – and save lives by saving the Eighth,” they say.

The rally begins at 2 pm at Parnell Square in Dublin. From there, members of the public will walk to Merrion Square, through Dublin’s city centre. Last year, organisers estimated that 60,000 people took part. They hope this year’s event will be even bigger.

Members of Save the 8th have been handing out leaflets the length and breadth of Ireland, inviting people to come, and private buses have been organised from the main towns and cities in Ireland.

Speakers at the rally include Charlie Fien, a Down’s Syndrome advocate who gave an impassioned plea to the United Nations in March 2017, where she spoke out against the targeted killing of children diagnosed with Down’s Syndrome before birth.

“I am not suffering,” Ms Fien told the UN body in Geneva. “I am not ill. None of my friends who have Down’s Syndrome are suffering either. We live happy lives. We just have an extra chromosome. We are still human beings. We are not monsters. Don’t be afraid of us … Please don’t try to kill us all off.”

For the next 11 weeks our message will be focused on ensuring that the Irish people vote no to abortion,” said Niamh Ui Bhriain on behalf of Save the 8th. “One of the heartbreaking facts we have seen emerging from Britain is that 90% of babies with Down’s Syndrome are aborted before birth and Charlie Fien’s message is hugely important at this time.” 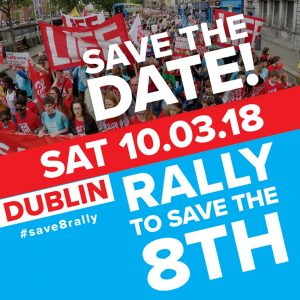 It is becoming clear to the public that a YES vote is a vote for a copy and paste job of the UK abortion regime – right down to the laughable “two doctors” provision, said a spokesman for Save the 8th.

“In the UK, abortion clinics have pre-stamped application forms signed by doctors before they even know the name of the woman seeking the abortion.”

This is not an abortion law that the Irish public want, he continued. “Their understandable concerns have been taken by the pro-choice lobby and used in an attempt to clone one of the most extreme abortion regimes in the world.”

In the statement at the conclusion of their spring meeting, the Catholic bishops of Ireland offered their support to the rally.