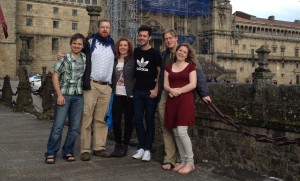 The first ever ‘Samuel’ meetings in Ireland will begin this coming Sunday in Cork.

Although the series of five monthly meetings for young people is associated with vocations, the programme simply helps young people with the big choices in life according Fr Alan Neville, Missionaries of the Sacred Heart (MSC) Vocations Director.

“It is vocations in the broadest sense, not just to the religious life. It is married life, it could be religious life and priesthood as well, and it could be people making decisions around career or relationships,” Fr Neville told Catholicireland.net.

“Every now and again people have key moments when they really have to make fairly substantial decisions, it is helping people do that in a prayerful way but with other people who are considering similar questions,” he explained.

The MSC priest thinks the programme will compliment the existing Irish vocations programme ‘ExploreAway’ which some people are not ready for.

“Something like this could be part of a feeder to ExploreAway,” he said. “I think in time you will have Samuel groups in all the big cities (all over Ireland) and then moving into the larger towns.”

He explained that a new approach like this is needed as many young people today have not met priests or religious, either at school or through family and relations, and would not know how to articulate that they might have a vocation.

“So Samuel is meeting them a step back from that,” he said. “I think we even need to go a step further back again because if you look at the church in Ireland, our biggest gap at the moment is any form of youth ministry.”

“Some congregations are doing something and some of the diocese in the North are good but by in large there is a huge gap there. From when they finish school until they get married and have children there is nothing.”

Fr Neville will conduct the Samuel meetings with Jennifer McAleer an experienced retreat facilitator and spiritual director. He had several enquiries when Catholicireland.net called yesterday (Monday 12/1/14) and many were from people in the 20s age group.

“They really are looking for a space where they can discern prayerfully where God is calling them. Work is a big issue and emigration and for some of them there will be vocations questions whether it is married life or religious life or priesthood,” he said.

He hopes to have around eight in the group.

This is the first such group in Ireland. In the UK Samuel groups are widespread and Sr Cathy Jones from the National Office for Vocation of England and Wales visited Ireland last year and spoke of its benefits and how it has contributed to a rise in vocations in Britain last year.

Nearly 100 men and women entered convents, seminaries and religious houses across England and Wales in 2013 – a big upturn in numbers over the past decade.

Fr Alan Neville who is MSC vocations director for both Ireland and the UK has already undertaken training for the Samuel programme. He is very optimistic about vocations.

“I think there are a lot of people out there considering a vocation but they just don’t know the next step. They also think if they pick up the phone that they have made a commitment but they are still just exploring,” he said.

Later in the year MSC will again host a pilgrimage for young adults on 100km of the Camino to Santiago de Compostella.

They will also for the third year running facilitate volunteers to work in an orphanage in South Africa.

While these activities in themselves encourage and enrich young people in their faith journey, they have also given some an understanding or confirmation that they have a vocation.

“That is a boost because we haven’t had students for years,” he said. “The massive numbers (of vocations) before, I don’t think you’ll ever have that again. That was unique – they didn’t have that in the other western countries.”

“But I think you can get a steady stream of guys who are confident in their faith, good guys who feel they are called by God. I meet a number of them.”