Summary: St Hildegard of Bingen, a visionary and mystic in her medieval Germany, now she is very much admired as a saint. 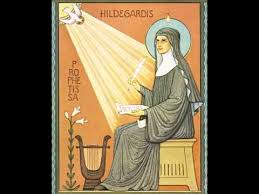 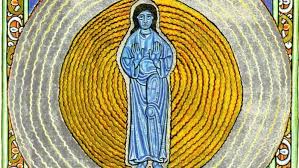 She died in 1179 and was one of the first people for whom the canonization process was officially applied but the process took so long that four attempts at canonization – the last in 1244 under Innocent IV – was not completed and she remained at the level of beatification. However she is regarded by many, especially in her native Germany, as a saint and her feast day is kept on 17th September.

This article first appeared in The Messenger (September 2008), a publication of the Irish Jesuits.   c/f www.messenger.ie/bookshop/