Summary : Fr Alberto Hurtado, a Chilean Jesuit, was canonised with four others at the closing Mass of the Synod on the Eucharist in October 2005.

Fergus O’Donoghue SJ wrote this account of his eventful and fruitful life. 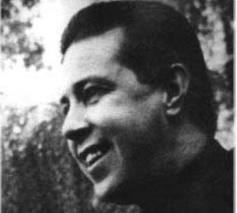 Alberto Hurtado and his wife Ana Cruchaga were a poor and very united couple, living in the town of Vina del Mar in Chile, when their first child was born on 22 January 1901 and was named after his father. His brother, Miguel, was born two years later, but young Alberto was only four when his father died. Ana had to sell the family property to pay her debts, and she moved her little family to the capital, Santiago. There they lived with relatives, and had to move often.

At the age of eight, Alberto went on a scholarship to the Jesuit school, St Ignatius College, and, being very clever, went on to study law at the Catholic University, while working in the afternoons and evenings for a Catholic newspaper and a political party, to help his mother and brother.  Alberto already showed great political maturity, because anticlerical and Catholic groups constantly opposed one another in Chile, a country with a very strong democratic tradition. Having grown up in poverty and insecurity, he always felt close to the poor and, even as a schoolboy, spent his Sunday afternoons visiting and helping them.

Jesuit formation
With his mother’s blessing, Alberto was able to become a Jesuit in 1923, when his family no longer needed his help. He continued his training in Argentina, before studying in Spain. When the Spanish Republic declared the Jesuits illegal, Alberto moved to Belgium, where he was ordained at Louvain on 24 August 1933.

He visited Ireland for a time, where he stayed with the Jesuits at Rathfarnham Castle. Then the Chilean Department of Education asked him to study European teaching methods, which he did in Belgium, Holland, France and Germany, before finishing a doctorate and his Jesuit formation in 1935 and returning home in 1936. 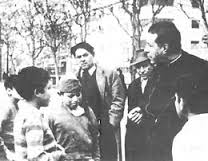 Teacher and educator
Back at his old school, Alberto was a very successful teacher. He used to say, ‘It’s much easier to teach than to educate,’ so he set about giving his students the broadest and deepest education he could. Being both a teacher of religion and spiritual director of the Boys’ Sodality, he encouraged vocations to the priesthood.  In 1938, he was given the task of building a new novitiate for the Chilean Jesuits – who, until then, had been a mission dependent on Spain – and raising the funds needed for the job. It was Alberto’s idea to build a retreat house – which is now named after him – next to the novitiate. He gave retreats there himself whenever he could.

In his sermons, love was Alberto’s principal theme, summed up in his saying, ‘We are put into this world to love and be loved’. He had a high, clear voice, never used long sentences, and was very direct in everything he said. He was, therefore, a very successful preacher.

Catholic youth groups
In 1941, Alberto wrote a sensational book called Is Chile a Catholic Country? in which he questioned the social principles of the Chilean Church.  Soon, he was made national chaplain of the youth branch of Catholic Action Movement for the whole of Chile. Many members were university students. Alberto wanted them to meet the real world, with his aim of ‘Forming the man, forming the Christian, and forming the leader’.  Within three years, membership had risen from 1,500 to 12,000. By then, Alberto had formed another youth group, 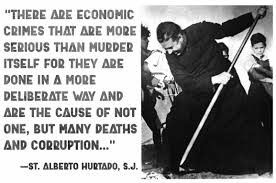 The Service of Christ the King, enrolling members for one year of complete service in a solemn ceremony. His ability to try something new and his charity captivated many people, but the speed with which he did everything disturbed those with less imagination.

Opposition to his youth work meant that Alberto had to leave it in November 1944. Just a month earlier, giving a retreat to a group of women, he told them about how he had met a hungry and homeless beggar in the street, saying, ‘Each one of those men is Christ, and what have we done for them?’ The ladies were so impressed that they gave generous donations, including land.

Hearth of Christ
The foundation stone of the first Hearth of Christ was laid on 21 December 1944, near Santiago’s Central Station. In 1945, a home for street children, whom he had seen living under a bridge in Santiago, was opened and, in 1946, Alberto founded a school that would not only make such children literate, but would teach them a trade, so that they could earn a living. 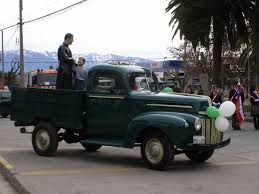 Alberto had visited Fr. Flanagan’s famous ‘Boys Town’ in Nebraska, and now adopted its methods. He went out in a small green lorry, collected the homeless children, and brought them to their new home, where they were given a good meal and a clean bed, often for the first time in their lives. Within six years, 846,000 people had been helped.

Alberto seemed tireless, and his next idea was to work with the trade unions. Despite the doubts of the Chilean bishops, he founded the Chilean Trade Union Association in 1947, the year he went to Europe, was received by Pope Pius XII and received papal blessing for the task of educating trade unionists and young employers in Catholic social teaching, about which he published three books. He used to say, ‘It is in his work that the worker is sanctified’.

The need to spread knowledge of the Church’s social teaching inspired Alberto to found the journal Message in October 1951, the year after he won the support of the Chilean hierarchy.

Flourishing legacy
By 1952, it was obvious that Alberto was dying of pancreatic cancer. Despite dreadful pain, he met everybody who came to see him. Dying in the prime of life, Alberto wanted everybody to know that he was at peace, saying, ‘I am happy, Lord, I am happy, because I am returning to God, my Father’.

Alberto Hurtado SJ died on 18 August 1952. All the apostolates he founded continue to flourish to this day. As a result of his work with youth, the Chilean Province of the Society of Jesus has never lacked vocations, and it later founded a university called the Alberto Hurtado University.

Alberto was regarded as a saint in his own lifetime, not least because of his amazing optimism and joyfulness. His work for the poor and for youth won him a national reputation, so that his death was followed by immediate devotion to him. The Chilean parliament made the day of his death an annual Day of National Solidarity.

He is now buried in a chapel beside Santiago’s Central Station. Pope John Paul II beatified him on 16 October 1994, and he  was canonized on October 23, 2005, by Pope Benedict XVI, becoming his country’s second saint on the last day of the local synod on the Eucharist.

This article first appeared in The Messenger (October 2005), a publication of the Irish Jesuits.