Paulinus was a grammarian from near Trieste in north-east Italy. He became a priest and an influential scholar at Charlemagne’s court at Aachen. Charlemagne appointed him as Patriarch of Aquileia in north-east Italy, from where he did extensive missionary work among the Avars in eastern Europe.

Patrick Duffy tells his story. The image shows the patriarchal basilica at Aquileia.

Farmer, priest and grammarian
Aquileia was an important Roman city in the northeast corner of Italy near Trieste. Today it is a World Heritage site. Paulinus was born at Cividale near Aquileia, to a farming family in 720, and later studied successfully for the priesthood. He was a teacher of the pagan and Christian classics. 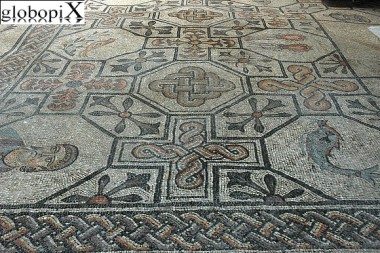 At Charlemagne’s court
When he was about fifty, he came to the attention of Charlemagne, who appointed him as grammarian at his court school at Aachen, where many leading scholars of his age had gathered. Here Paulinus won the respect of Alcuin, the director of the school, a theologian and liturgist, a Benedictine monk from York who had studied in Ireland.

Theology: no forced conversions
On behalf of Charlemagne Paulinus attended a number of Church councils and synods, defending the Filioqu 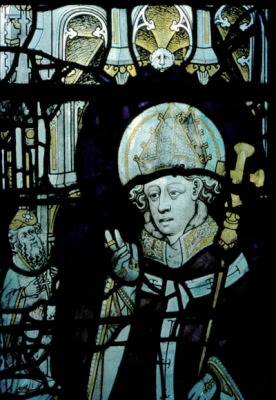 e position and opposing “adoptionist” theories that watered down the divinity of Jesus. Both Paulinus and Alcuin reproved Charlemagne for his forced conversion of pagans. Paulinus presided at the Synod of Bavaria held in 796 to define missionary methods: he insisted that conversion was the work of God, not of man, and instruction should be in terms the people could understand and not based on fear.

Missionary work
Paulinus carried out extensive missionary work among the Avars, a nomadic people of Eurasia, who appeared in Central and Eastern Europe in 6th, 7th and 8th centuries.

Death and influence
Paulinus was also a poet and composer of hymns. He died at Cividale, a town near Aquileia, on the border between Slovenia and Italy on 11th January 802. Alcuin, his friend and admirer, wrote the epitaph for his tomb.