St Paul of Thebes is traditionally regarded as the first Christian hermit and is called Paul of Thebes from the Theban desert in Egypt, where the Roman Martyrology tells us he lived “from the sixteenth to the one hundred and thirteenth year of his age. He is associated with Antony, who is seen as a companion desert father. 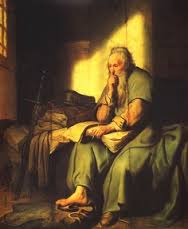 When Jerome himself went into the desert of Syria in 374-5, he wrote a Life of Paul, whose authenticity scholars have often questioned. Perhaps in its mixture of fact and fantasy it should be taken more as a symbolic, edifying parable on attitudes for the monastic life than a strictly historical account.

God provides
Paul found a shallow cave which he regarded as a gift from God. A palm tree provided shade and food and there was a small stream for water.

Antony’s search for and encounter with Paul
In 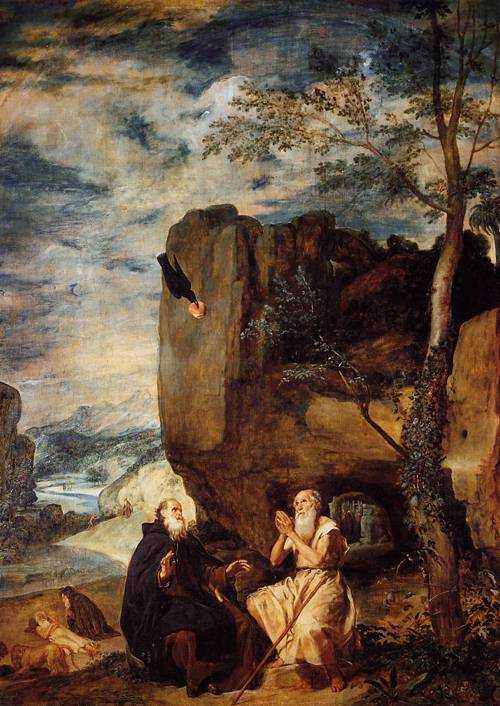 Paul’s old age, the other monk of the desert, Antony, who was himself advanced in years, heard about Paul and decided to seek him out. After a long and difficult journey, he found where his cave was, but it was blocked up. Calling out, he persuaded Paul to come out and eventually they met.

“Tell me,” asked Paul, “how fares the human race? Are new homes springing up in the ancient cities? What government directs the world? Are there still some remaining for the demons to carry away by their delusions?” 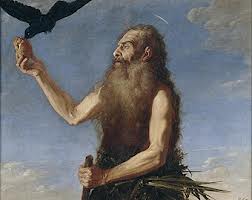 raven miraculously appeared to place a whole loaf for their sustenance.

After their meal and playful conversation, Antony asked Paul to take him for a companion. Paul urged him rather to go and bring to him the cloak that Bishop Athanasius had given him. (Jerome explains that he made this request more to prepare his new found friend and soften his regrets against Paul’s impending decease.) 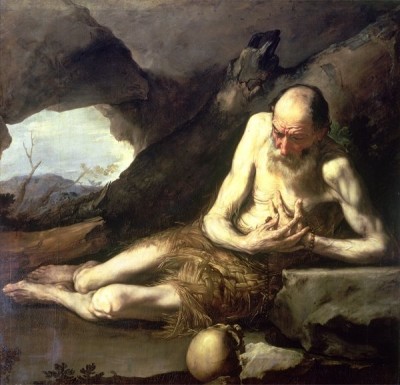 Antony went immediately to fetch the cloak and returned as soon as he could, fearing Paul might already have passed away. This indeed is what turned out to be the case. For when Antony came back, he had a vision of Paul in robes of snowy white ascending among the bands of angels, amid choirs of prophets and apostles.

Although Paul was already dead, still his dead body was praying in gestures to God, who had given and sustained his life. Two lions appeared to scoop out a grave with their paws. Antony removed the tunic of leaves Paul had sewn for himself and buried the holy man in the cloak of Athanasius he had brought.

Each Easter and Pentecost ever after Antony wore Paul’s tunic in memory of his friendship.