Summary: St John Paul II, Pope. Karol Józef Wojtyla (1920-2005) served as Pope of the Catholic Church from 1978 to 2005. He was the first non-Italian pope in 400 years and the second longest-serving pope in history. (Pope Pius IX  served for nearly 32 years. 1846-1878). John Paul II helped to end Communist rule in Poland and eventually all of Europe. Doctrinally conservative, he quelled dissent on controversial issues such as artificial contraception, ordination of women, but strongly emphasised the universal call to holiness. He canonised 483 saints, more than all of his predecessors combined!

Karol Józef Wojtyla was born and named on May 18, 1920, in Poland. He  became the first non-Italian pope in more than 400 years. He was a vocal advocate for human rights and used his influence to effect political change. He died in Italy in 2005. 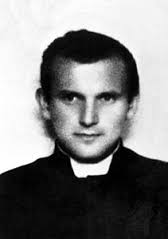 Born Karol Józef Wojtyla on May 18, 1920, in Wadowice, Poland, Pope John Paul II’s early life was marked by great loss. His mother died when he was 9 years old, and his older brother Edmund died when he was 12. Growing up, John Paul was athletic and enjoyed skiing and swimming.  He went to Krakow’s Jagiellonian University in 1938 where he showed an interest in theatre and poetry. The school was closed the next year by Nazi troops during the German occupation of Poland. Wanting to become a priest, Karol began studying at a secret seminary run by the archbishop of Krakow. After World War II ended, he finished his religious studies at a Krakow seminary and was ordained in 1946.

Rise Within the Church 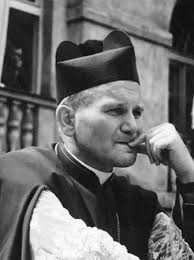 Karol spent two years in Rome where he finished his doctorate in theology. He returned to his native Poland in 1948 and served in several parishes in and around Krakow. John Paul became the bishop of Ombi in 1958 and then the archbishop of Krakow six years later. Considered one of the Catholic Church’s leading thinkers, he participated in the Second Vatican Council – Vatican II. The council began reviewing church doctrine in 1962, holding several sessions over the course of the next few years. As a member of the council, John Paul helped the church to examine its position in the world. Well regarded for his contributions to the church, John Paul was made a cardinal in 1967 by Pope Paul VI. 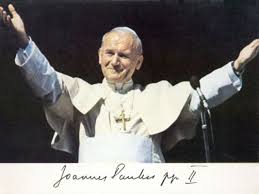 In 1978, John Paul made history by becoming the first non-Italian pope in more than four hundred years. As the leader of the Catholic Church, he traveled the world, visiting more than 100 countries to spread his message of faith and peace. But he was close to home when he faced the greatest threat to his life. In 1981, an assassin shot John Paul twice in St. Peter’s Square in Vatican City. Fortunately, he was able to recover from his injuries and later forgave his attacker.

A vocal advocate for human rights, John Paul often spoke out about suffering in the world. He held strong positions on many topics, including his opposition to capital punishment. A charismatic figure, John Paul used his influence to bring about political change and is credited with the fall of communism in his native Poland. However, he was not without critics,. Some have stated that he could be harsh with those who disagreed with him and that he would not compromise his hard-line stance on certain issues, such as contraception.

No other Pope met as many people as Pope John Paul II. More than 17.6 million pilgrims attended his Wednesday General Audiences (which numbered over 1,160). This does not include any of the other special audiences and religious ceremonies (more than 8 million pilgrims in the Great Jubilee Year of 2000 alone). He met millions of the faithful in the course of his pastoral visits in Italy and throughout the world. He also received numerous government officials in audience, including 38 official visits and 738 audiences and meetings with Heads of State, as well as 246 audiences and meetings with Prime Ministers.

The Pope gets sick

In his later years, John Paul’s health appeared to be failing. At public appearances, he moved slowly and seemed unsteady on his feet. He also visibly trembled at times. One of his doctors also disclosed that John Paul had Parkinson’s disease, a brain disorder often characterized by shaking, in 2001. But there was never any official announcement about his illness from the Vatican.

John Paul II died at 9:37 p.m on April 2, 2005, at the age of 84, at his Vatican City residence. More than 3 million people waited in line to say good-bye to their beloved religious leader at St. Peter’s Basilica before his funeral on April 8.

On July 5, 2013, waving the usual five-year waiting period, the Vatican announced that the Roman Catholic Church would declare Pope John Paul II a saint. He was beatified in 2011 by his successor Pope Benedict XVI and canonised in 2014 by Pope Francis.