Summary: St John Leonardiof Lucca in Tuscany, Italy,  a priest who imbibed the best of the reform spirit of the Council of Trent. He saw that raising the standard of formation of the clergy would have its effect on the people. He also inspired the founding of the College of Propaganda Fide in Rome, where St Oliver Plunkett was educated and taught before he returned to Ireland. 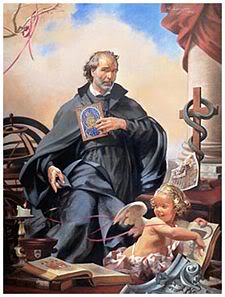 John Leonardi was born in 1541 in Lucca in Tuscany and trained as a pharmacist. After some time as a member of a lay confraternity, he studied for the priesthood and was ordained in 1571. He dedicated himself to the catechetical instruction of children and youth. He saw orthodox preaching and good living by priests as the planks of the reform process that had just begun with the Council of Trent (1545-1563).

Founded order for reform of the clergy
John founded the Order of Clerks Regular of the Mother of God in 1574 and in 1595 they were formally recognised as a religious congregation. The bishop of Lucca supported him, but there were many influential families in the city who resented his preaching and opposed him, forcing him into exile from his own city. 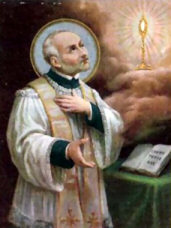 Seminary training
John went to Rome and was encouraged by his spiritual director, St Philip Neri, to send members of his congregation on the foreign missions. In 1603, together with the Spanish prelate G.B.Vives, he was responsible for a project to give seminary training for priests who would go on overseas missions. This later became the “College for the Propagation of the Faith” and still exists today. John died in Rome in 1609.

Leaders to reform first
The Office of Readings for his feastday has a letter from him to Pope Paul V emphasising that the reformation of men’s morals would be best aided by the reformation of the morals of the leaders of the Church:

“As regards the remedies required by the Church as a whole, its reformation must be undertaken among high and low alike, among its leaders as well as its children; we should therefore direct our attention first towards those who have charge of the rest, so that reform begins among those from whom it should be communicated to others.”