Summary: Ethelbert,  a pagan from birth,  married Bertha, a Frankish princess, who was a Christian and he became became the first Christian Anglo-Saxon king of that part of England south of the Humber. It was he who received Augustine and his monks when they arrived in Thanet in 597. 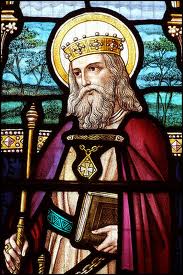 Descended from Hengest, the first king of Kent, Ethelbert succeeded his father Eormenric as King of Kent around 560. He made an unsuccessful attempt to wrest the position of Bretwalda from Ceawlin of Wessex. However, his marriage to Bertha, daughter of Charibert, king of the Franks, enabled him to build an alliance with the most powerful state in Europe at that time. This prestige enabled him to claim the title of Bretwalda after Ceawlin’s death. He gave Bertha, who had brought her chaplain Liudhard with her to Kent, the old Roman church of St. Martin in his capital of Canterbury for her worship.

Arrival of St Augustine and his monks 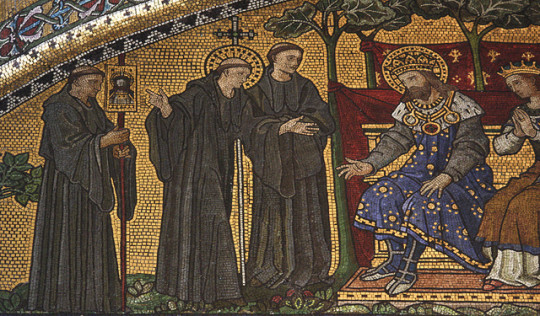 The influence of Bertha may be not unconnected with Pope Gregory’s sending missionaries from Rome. Augustine landed on the Isle of Thanet in 597, and Ethelbert first met him under an oak tree, believing that in this way he could dispel any magic the Christians might attempt. Ethelbert retained his pagan beliefs for some time but gave the monks a house and allowed them to preach freely. Many were converted and Ethelbert accepted baptism in 601. He also helped establish sees at Rochester and London. 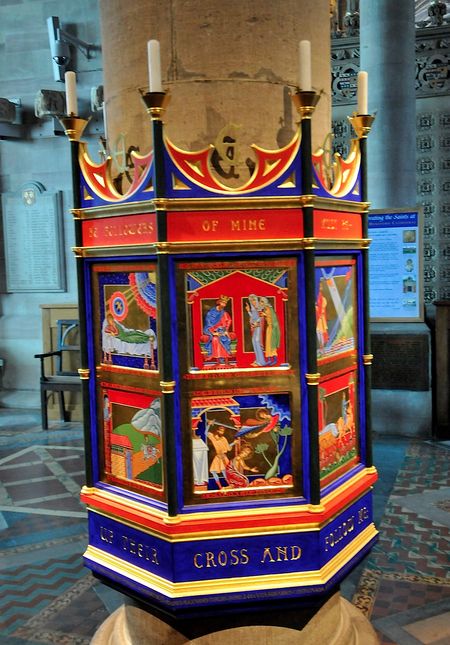 Death and influence
Ethelbert left a written code of laws for Kent, the earliest in any Anglo-Saxon kingdom. It provided for the protection of the Church, exacting high compensation for damage to churches.

He died in 616 and was venerated unofficially at Canterbury, and his feast appears in the calendars in the 13th century. His body was brought to Hereford, and many miracles were said to have occurred at his shrine.