Summary of Ss Christopher Magallanes and Companions. Born in 1869; died on 25 May 1927 at Colotitlan (Mexico). Parish priest, Christobal Magallanes, founder of a clandestine seminary at Totatiche, is commemorated with 21 other diocesan priests and three laymen. Martyred in Mexico, mostly in 1926-1928, during a fierce religious persecution which outlawed the celebration of the sacraments. Noted for their courageous faith, for forgiving their executioners, and for their final cry, Viva Christo Rey! 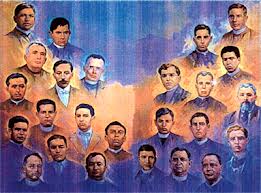 During the millenium year 2000 Pope John Paul II canonised a number of Mexican saints.:Christobal Magallanes and his 24 companion martyrs, priests and laymen; José María de Yermo y Parres, priest and founder of the Religious Servants of the Sacred Heart of Jesus, and María de Jesús Sacramentado Venegas, foundress of the Daughters of the Sacred Heart of Jesus.The pope rejoiced with the Church of Mexico that it now had intercessors in heaven, models of supreme charity, who followed in the footsteps of Jesus, dedicating their lives to God and their brethren through martyrdom or by generously serving the needy. Patrick Duffy writes about these Mexican martyrs and saints.

Father Christobal Magallanes Jara (1869-1927) and 24 companions martyrs
Born in Totaltiche, Jalisco, in the archdiocese of  Guadalajara, Mexico, to a farming family, Christobal worked as a shepherd in his youth. He entered the seminary at 19 and became parish priest in his native parish. He was eager to spread the Gospel. He founded schools, a newspaper, catechetical centres for children and adults, carpentry shops, an electric plant to power the mills and also helped set up agricultural co-ops. 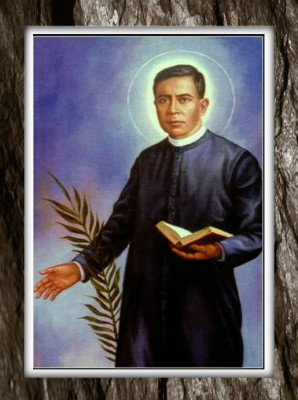 When the anti-Church government closed down the seminaries, Father Christobal gathered displaced seminarians, and started his own seminary, which was quickly suppressed. He formed another, and another, and when they were all closed, the seminarians conducted classes in private homes.

Christobal wrote and preached against armed rebellion, but was falsely accused of promoting the Cristero guerilla revolt. Arrested on 21st May 1927 while en route to celebrate Mass, he was executed without a trial four days later. He gave away his last remaining possessions to his executioners, absolved them, and turned to his companion Fr Agustine Caloca before he was shot, said: “Be at peace, my son; just a minute and then we’re in heaven”. 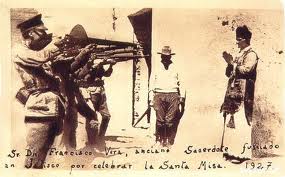 José María de Yermo y Parres (1851-1904)
The son of a lawyer, his mother died when he was only seven weeks old. At sixteen José joined the Vincentians, but was ordained priest for the diocese of Leon in 1879. One day he was shocked when he discovered some pigs eating two newly-born babies. This triggered his opening a welcoming place for the needy and abandoned. He also founded the Servants of the Sacred Heart of Jesus and of the Poor to help in the orphanages, hospitals and schools he founded. 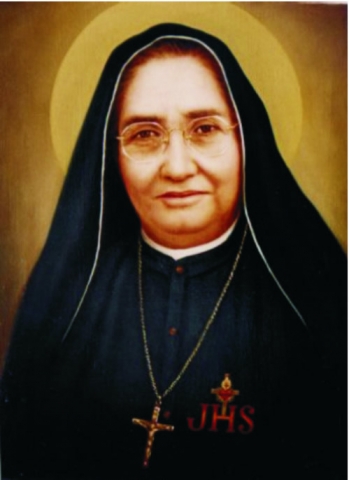 Maria was born at Zapotlanejo, a municipality of Jalisco, Mexico. Her mother died when she was young, and she was brought up by a sister of her husband. She had a great devotion to the Holy Eucharist. At 37 during a retreat, she decided to join a group of ladies caring for the sick in the Hospital of the Sacred Heart founded by the local bishop. All remarked on the love and humility with which she cared for the sick and the poor. In 1921 she became the superior of the group of the Daughters of the Sacred Heart, now recognised as a religious community in the diocese. She died in 1959.