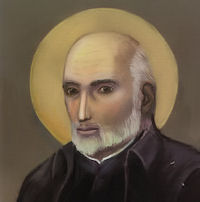 was the son of a wool merchant of Segovia. He first had contact with the Jesuits through Fr Peter Favre who, while preaching a mission in Segovia, stayed at his parents’ house and gave Alphonsus his first communion.

Alphonsus went to study at the Jesuit school at Alcalá, but had to come home to help his mother with the family business after his father died. He married Maria Suarez, and they had two children. But Maria and his daughter and his mother all died in the space of three years. His business collapsed and he moved in with his two sisters, who introduced him to the habit of regular prayer and meditation. Some time later, his son died. 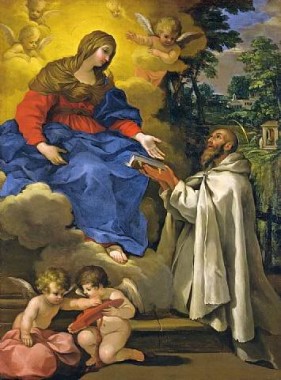 Joins the Jesuits aged 40
Nearing forty, Alphonsus applied to join the Jesuits, but they rejected him as being too old and without sufficient education. He set himself to study Latin and applied again. This time the provincial admitted him as a lay brother. Six months later he was sent to the Jesuit college of Monte Sion in Majorca, where he spent the remaining forty-five years of his life.

Majorca
Here he worked as a door-keeper but also devoted himself to prayer and penances. Through attention to his own inner struggle, Alphonsus was able to influence not only young students, like St. Peter Claver, whom he advised to go to America and became the “saint of the slaves”, but also local civic and social leaders, who came to his lodge for advice and direction.

Death and influence
In obedience to the command of his superiors, Alphonsus left a number of writings, simple in style but sound in doctrine: exhortations and advice on cultivating virtue, illustrations from every-day life, and so on.

When he died on October 31, 1617, his funeral was attended by Church and government leaders. He was declared Venerable in 1626, and in 1633 was named a patron of Majorca, where his remains are enshrined. Since the Jesuits were suppressed in Spain in the late 18th and early 19th centuries, Alphonsus was not beatified till 1825. He was canonised with his friend with St. Peter Claver in September 1888.

Sonnet in honour of St Alphonsus Rodriguez
In October 1888 at the request of a Jesuit priest, Francis Goldie, who had been a novice with him, to honour the saint on his canonisation, Gerard Manley Hopkins SJ wrote this poem. It celebrates the saint’s interior discipline and how God drew wonders from his humdrum life: 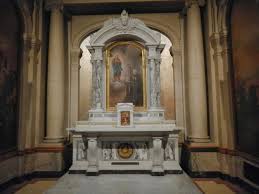 Honour is flashed off exploit, so we say;
And those strokes once that gashed flesh or galled shield
Should tongue that time now, trumpet now that field,
And, on the fighter, forge his glorious day.

On Christ they do and on the martyr may;
But be the war within, the brand we wield
Unseen, the heroic breast not outward-steeled,
Earth hears no hurtle then from fiercest fray.

Yet God (that hews mountain and continent,
Earth, all, out; who, with trickling increment,
Veins violets and tall trees makes more and more)

Could crowd career with conquest while there went
Those years and years by of world without event
That in Majorca Alfonso watched the door.