Summary: The feast of the Epiphany is so often associated with the three wise men from the East coming to bring gifts to the infant king. But there are other themes – baptism and Cana – originating in Egypt associated with this feast.

Patrick Duffy points out this Summary of the feast 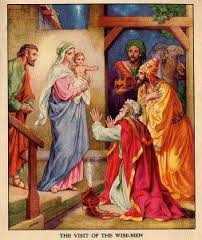 Traditionally in the West we associate the feast of the Epiphany with the three wise men from the East coming to bring gifts to the infant king. But there are other themes – baptism and Cana – originating in Egypt associated with this feast.

Epiphany
The word epiphany, means “appearance” or “manifestation“ was used in traditional Greek religion to indicate the appearance or manifestation of a god or goddess in human form, along with the suggestion that the person or persons who had experienced the epiphany would be delivered from danger and/or their enemies defeated.

The Christian feast
The Christian feast of Epiphany first appears in Egypt commemorating the Baptism of Jesus, but besides this it later gathers round it other themes, such as Jesus’s birth, the miracle of Cana and the coming of the Wise Men. In the West it is the coming of the Wise Men that became the dominant theme of this day, while in the East it is Jesus’ Baptism in the Jordan which remains to the fore of the celebration.

‘The Epiphany is the manifestation of Jesus as Messiah of Israel, Son of God and Saviour of the world. The great feast of Epiphany celebrates the adoration of Jesus by the wise men (magi) from the East, together with his baptism in the Jordan and the wedding feast of Cana in Galilee.’

It goes on to point out:

‘In the magi, representatives of the neighbouring pagan religions, the Gospel sees the first-fruits of the nations, who welcome the good news of salvation through the Incarnation.’ 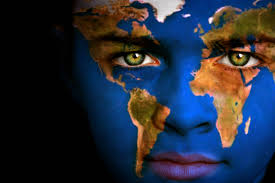 For more, see The origins and spirituality of the Epiphany