Summary: John Henry Newman: Born: 1801 Died: 1890) ordained an Anglican priest and later a Catholic priest and cardinal, rector of CUI 1854-58, an important and controversial figure in the religious history of England in the 19th century.

Birth
John Henry Newman was born in London on Feb 21 1801.He had three sisters and two brothers. His father was a director of a bank. John was educated at a private Evangelical denominational school at Ealing in London.

‘When I was fifteen a great change of thought took place in me. I fell under the influences of a definite Creed … I believed that the inward conversion of which I was conscious … would last into the next life, and that I was elected to eternal glory. … I believe that it had some influence on my opinions … in isolating me from the objects which surrounded me, in confirming me in my mistrust of the reality of material phenomena, and making me rest in the thought of two and two only absolute and luminously self-evident beings, myself and my creator.’ ...Taken from John’s Apologia. He would later refer to this as his’ first’ conversion.

The Universities of Oxford and Cambridge were at the time part of the Anglican ‘Establishment’ and they provided the formation for Anglican clergy. Desiring to be a ‘minister of Christ’ and even wanting to take a vow of celibacy that was not common at the time, John pursued Anglican orders as a way of dedicating his whole life to God. In his apologia  the day after his ordination as a deacon he wrote in 1824, ‘I have the responsibility of souls on me to the day of my death.’ A year later, he was ordained an Anglican priest by the bishop of Oxford and appointed to serve as a curate in St Clement’s parish in the city of Oxford where he  became known for visiting all his parishioners, especially the sick and the poor.

He preached with a great understanding of the human condition whilst also commanding a great knowledge of scripture. People began to travel from far and wide to hear him preaching and he quickly became the most influential preacher in the country.

Oxford Movement
Academic, theologian, scholar, poet and priest, he became drawn to the high-church tradition of Anglicanism. He became one of the more notable leaders of the Oxford Movement, an influential and controversial grouping of Anglicans who wished to return to the Church of England many Catholic beliefs and liturgical rituals from before the English Reformation.

‘Conversion’
Eventually Newman and a number of his Oxford Movement colleagues concluded that the Catholic Church was the one with the greatest claim to have the qualities of the One True Church founded by Christ. Newman was a literary figure: his major writings include the Tracts for the Times (1833–1841). After publishing his controversial “Tract 90” in 1841, Newman later wrote, “I was on my death-bed, as regards my membership with the Anglican Church”. Later came his autobiography Apologia Pro Vita Sua (1865–1866), the Grammar of Assent (1870), and the poem The Dream of Gerontius (1865),[14] which was set to music in 1900 by Edward Elgar. He wrote the popular hymns “Lead, Kindly Light”, “Firmly I believe, and truly” (taken from Gerontius), and “Praise to the Holiest in the Height” (taken from Gerontius).

Earlier in 1845 Newman, joined by some members of the Oxford Movement, officially left the Church of England and his teaching post at Oxford University. They were received into the Catholic Church. John himself went on to Rome, where he was ordained as a catholic priest and continued as an influential religious leader.

Catholic University of Ireland
On returning to England, he became a member of the Oratorians, a congregation founded hundreds of years earlier by St Philip Neri. He established a community at Edgbaston in Birmingham, where they conducted a parish and school and where he spent years in pastoral ministry. 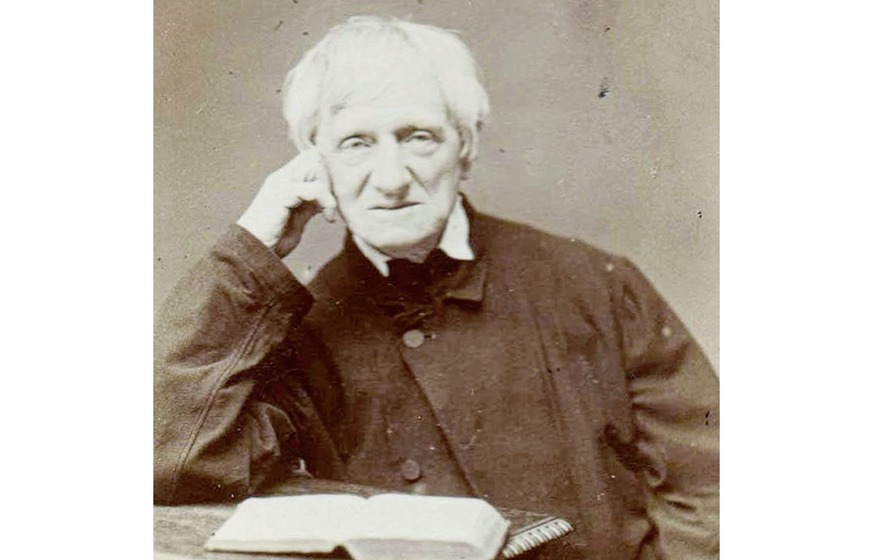 In 1850, aware of John’s gentle scholarship, deep human wisdom and profound love of the Lord, Cardinal Paul Cullen, leader of the Irish bishops, appealed to Newman to help set up a Catholic University in Dublin. At that time there was a grave need for such a third level institution to which Irish Catholics would have easy access. John became and remained rector of the college until his resignation in 1858.

In 1878 Newman, in recognition of his services to the cause of the Catholic Church in England, was appointed a cardinal by Pope Leo XIII. He took as his personal coat of arms ‘Cor ad cor loquitur‘, taken to mean ‘heart speaks unto heart’ and thereby highlighting the importance of people speaking to each other ‘in all sincerity, in all honesty, in all truthfulness.’ 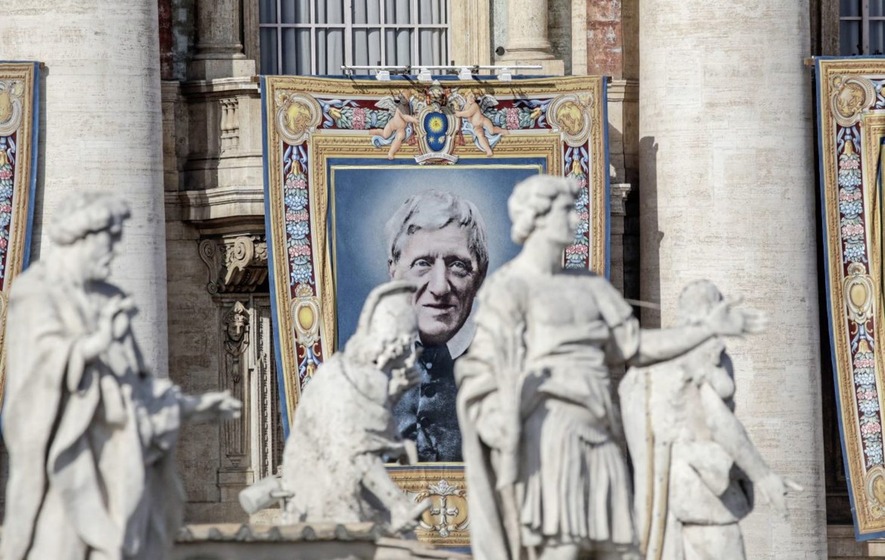 His beatification was officially proclaimed by Pope Benedict XVI on 19 Sept. 2010 at Coften Park, Birmingham, during his visit to the United Kingdom. His canonisation was declared by Pope Francis on the 13 October 2019.