Summary:   St Andrew, apostle. According to the New Testament, Andrew was an apostle of Jesus and the brother of Simon Peter. He is referred to in the Orthodox tradition as the ‘First-Called.’ According to Orthodox tradition, St Andrew did an immense amount of missionary work around the Black Sea area and the apostolic successor to Saint Andrew is the Patriarch of Constantinople. He is also the Patron of Scotland. 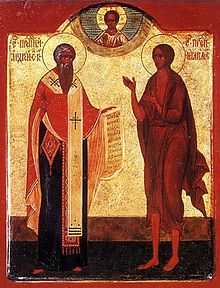 According to the New Testament, Andrew, whose Greek name means “manly” or “strong”, was born in the village of Bethsaida on the Sea of Galilee during the early first century. Like his brother Simon , Andrew was also a fisherman. He became a disciple of St. John the Baptist. One day, John the Baptist, pointing to Jesus proclaimed, “Behold, the Lamb of God!” Andrew decided to follow Jesus.

How the gospels tell it

The Gospel of John (Chapter 1.40f ) the writer introduces Andrew as bringing his brother Simon to listen to Jesus. In the Gospel of Matthew (Chapter 4:18f,) Jesus was walking along the 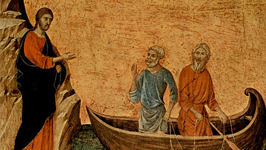 shore of the Sea of Galilee he saw Andrew and Simon Peter fishing.  Jesus invited them to follow him and  become disciples and “fishers of men.”

Andrew, a very closedisciple of Jesus
Later on in the gospels, Mark  (Chapter 13) has Andrew asking Jesus on the Mount of Olives for signs of the earth’s end.  This occasioned Jesus’ first eschatological discourse. He was also the one who told Jesus about the boy with the loaves and fishes, (C/f John Chapter 6:8.) and Jesus miraculously multiplied the food to feed the vast crowd. When Philip wanted to speak to Jesus about Greeks following him, it was Andrew whom he spoke to first before approaching Jesus.

Andrew and Christian Traditions
As per Christian tradition, after the Ascension, Andrew went on to preach the Good News around the shores of the Black Sea and continued his missionary work throughout what is now Greece and Turkey. He was martyred by crucifixion bound, rather than nailed to a cross, as is described in the ‘Acts’ of Andrew. 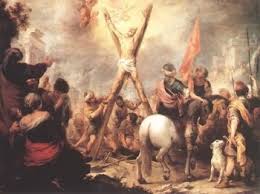 He was crucified on a cross  known as “crux decussata,” – an X-shaped cross.  Today this is commonly referred to as “St. Andrew’s Cross.” It is believed Andrew requested to be crucified this way, because he deemed himself “unworthy to be crucified on the same type of cross as Jesus.” He died between 60-70 CE, at Patras, Achaia [Greece].  Early Byzantine tradition calls Andrew ‘protokletos’, “the first called.” 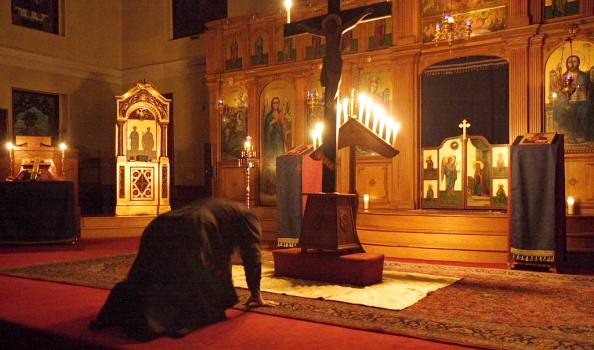 His remains were originally preserved at Patras. However, some believe St. Regulus who was a monk there received a vision telling him to hide some of Andrew’s bones. Shortly after Regulus’ dream, many of Andrew’s relics were transferred to Constantinople by order of Roman emperor Constantius II around 357. Regulus later received orders in another dream telling him to take the bones “to the ends of the earth.” He was to build a shrine for them wherever he was  shipwrecked. Finally Regulus landed on the coat of Fife, Scotland.

Saint Andrew ,other countries and Scotland
St. Andrew is venerated in Georgia, Greece and Turkey as the first preacher of Christianity in those territories and in Cyprus.  He is the patron saint to several countries and cities including: Romania, Russia, Ukraine, Patras and Scotland.
Andrew has been celebrated in Scotland for over a thousand years, with feasts being held in his honour as far back as the year 1000 AD. However, it wasn’t until 1320, when Scotland’s independence was declared with the signing of The Declaration of Arbroath, that he officially became Scotland’s patron saint.

The flag of Scotland, the St Andrew’s Cross, was chosen in honour of him.  The ancient town of St Andrews was named due to its claim of being the final resting place of St Andrew.