Summary: Matt Talbot, a Dubliner who struggled with a drink problem,  led a severe ascetical life, and became known after his death as the ‘Workers’ Saint.’ 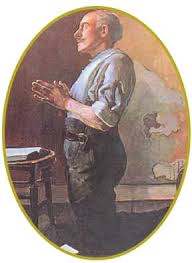 As a child I used to go on holiday to an aunt who lived in Parnell Square, Dublin, and every morning would attend Mass in St. Saviour’s Church, Dominick Street. To get to Dominick St, I would walk through Granby Lane, where I would stop to pray at the spot where Matt Talbot, the Workers’ Saint, died. It was during those years that I developed a devotion to him that has lasted to this day.

Last week I returned to Granby Lane, and again stood praying at the spot where he died. A cross on railings denotes the spot where he fell, and across the street, on the walls of the Salvation Army Hostel, is a marble tablet bearing the inscription: ‘Matt Talbot collapsed and died here on Trinity Sunday, June 7, 1925.‘ His cause of beatification and canonisation was introduced in Rome in May, 1947.

Matt Talbot was one of 12 children – eight sons and four daughters – of Charles and Elizabeth Talbot. He was born at 13 Aldboro Court on May 2, 1856, and was baptised in the Pro-Cathedral three days later. He attended St. Lawrence O’Toole’s Christian Brothers School for brief periods and later O’Connell Schools at North Richmond Street, which he left at the age of 12.

Road to drunkenness
Matt then went to work as a messenger boy with the firm of Messrs Edward and John Burke, wine merchants, North Lotts, Dublin, which did an extensive bottling business for Guinness and Youngers. Before he was a year in the store, he returned home drunk one evening. His father gave him a beating, removed him from Burke’s, and got him a job as a messenger boy in the Port and Docks Board, where he was in charge of the bonded stores. Sadly, it was a case of ‘out of the frying pan, into the fire’. In Burke’s the drink was stout; in the stores of the Port and Docks, it was whiskey. The men in the bonded stores gave young Matt whiskey to drink, and thus began his road to drunkenness.

At 17 he became a bricklayer’s labourer with Pembertons, the building contractors. He was an excellent workman and a great timekeeper but after work he would go with companions to neighbouring public houses and shebeens to drink until closing time or until the money was spent.

Pawning and stealing
Sometimes on Saturdays, pay day, he would give his 18 shillings wages to the owner of a public house. It would be drunk by Tuesday, and when the money was gone, he would pawn his boots to buy drink, and walk home in his stockinged feet. On one occasion, when drinking with friends, a fiddler joined them. When the money was running short, Matt took the fiddle and pawned it. He then returned with the money and bought more drink. It wasn’t until the party broke up that the fiddler realised that his means of livelihood was gone. Years later Matt searched the city for the fiddler and, not finding him, had Masses offered as restitution.

No matter how much drink he had the night before, he was always in time for work at 6 a.m.

Changed his life
When Matt was 28 years old, an incident occurred that changed his entire life. For a week he had stayed away from work, drinking heavily. Saturday found him sober, thirsty and penniless. But confident that his workmates, for whom he had often bought drink, would come to his assistance, he stood with his brother near O’Meara’s pub on the North Strand to meet his colleagues coming from Pembertons. The men passed in twos and threes but none stopped to ask the brothers to have a drink. Matt said later that he was “cut to the heart” by this treatment and went home. 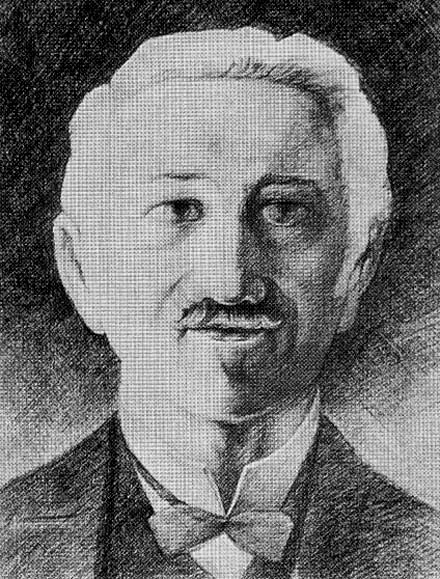 His mother, preparing the midday meal, looked up with surprise, and exclaimed, “Matt, you’re home early and you’re sober“. After the meal, he turned to his mother and said, “I’m going to take the pledge“. As he left the house she said, gently, “God give you strength to keep it“. Matt went to Holy Cross Church and, according to his own account, went to confession and took the pledge from Rev. Dr. Keane. He kept that pledge until his death 41 years later.

From that time on he attended Mass daily at 5 a.m. in St Francis Xavier’s Church, Upper Gardiner Street, before going to work at 6 a.m.. After his evening meal at home he walked to a church on the north side of the city, either St. Peter’s, Phibsboro, or Berkeley Road, where he prayed until it was time to go to bed. This was to avoid the temptation of meeting his former drinking companions as the effort to quell the craving for drink was causing him immense suffering.

Every week evening, every Saturday afternoon, and every Sunday morning was spent in church. He gave up all company and confided only in his mother. When Fr. John Cullen, a Jesuit priest attached to Gardiner Street Church, founded the Pioneer Total Abstinence Association in 1898 Matt became one of its first members. 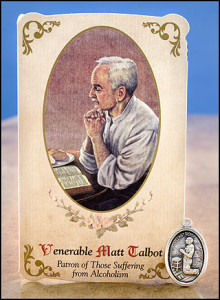 Prayer and mortification
Matt Talbot mortified himself rigorously. He slept on a plank bed with a piece of timber for a pillow. This left his face numb in later years. He slept in chains which he wore for 14 years before his death, round his leg and on his body.

He prayed each night from 2 to 4 a.m., then dressed and prayed again until it was time to leave for Mass in St. Francis Xavier’s Church. He would arrive at 5am, if not earlier, and would kneel in prayer at the church’s iron railings, waiting for it to open. On entering he would kneel and kiss the ground, then make the Stations of the Cross.

In 1892 Matt took up employment as a bricklayer’s labourer with the firm of T & C Martin, on the North Wall, where he remained until his death. He fasted constantly. His breakfast consisted of cocoa prepared the previous evening by his sister, which he often drank cold. With this he ate some dry bread. For his midday meal he had cocoa to which he would add a pinch of tea, and again drank cold. With this he took a slice of bread. His sister would bring him a small evening meal. If she brought fish he would insist that she take it home with her and would make do with bread soaked in the fish juice.

On Sundays he remained in the church for every Mass. Only on returning to his room at about 2 p.m. would he break his fast for the first time since 6.30 p.m. the previous day. The remainder of the day was spent in prayer, reading the Scriptures and the lives of the saints. He gave all his money to neighbours in need and to the missions.

Collapsed and died
Matt was on his way to Mass in St. Saviour’s on Trinity Sunday, June 7, 1925, when he collapsed and died on Granby Lane. A paragraph in The Irish Independent of the following day stated, “An elderly man collapsed in Granby Lane yesterday and, on being taken to Jervis Street Hospital, was found to be dead. He was wearing a tweed suit, but there was nothing to indicate who he was.” He was buried the following Thursday, the feast of Corpus Christi, in Glasnevin Cemetery.

In 1952 Matt Talbot’s remains were exhumed and transferred to a double coffin bearing the inscription, ‘The Servant of God, Matthew Talbot.‘ The coffin was placed in a vault in the central circle of the cemetery to which pilgrims began to flock from all over the world. 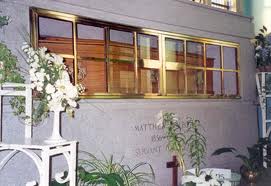 In 1972 Matt Talbot’s remains were removed to the Church of Our Lady of Lourdes in Sean McDermott Street. The tomb has a glass panel through which the coffin may be seen.

Anyone who receives a favour through the intercession of Matt Talbot is requested to write to Fr John Flaherty, Vice-Postulator of the Cause, Our Lady 83 Marlborough Street, Dublin 1.

This article first appeared in Reality (July/August 1999), a Redemptorist Publication.