Summary: Abbot Columba Marmion is famous for his writings on the divine adoption: since Jesus became human in the incarnation, we who are human are therefore children of God the Father. Born in Dublin, Columba became Benedictine abbot of Maredsous in Belgium from 1909 to 1923. Beatified in Rome in 2000. 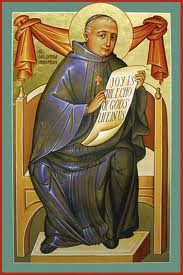 Early life
Born at 57 Queen’s Street, in Smithfield, Dublin on 1st April 1859, he was baptised Joseph Aloysius in St Paul’s Church, Arran Quay. His father William was Irish, his mother Herminie Cordier was French, so he spoke French from childhood. Educated in Belvedere College and Clonliffe College, he was sent to the Irish College, Rome, where he was ordained by the Rector, Archbishop John Kirby, in 1881. Appointed curate in Dundrum, Co Dublin, from there he went to teach philosophy for four years in Clonliffe College and was also chaplain to the women’s prison in Mountjoy. His reputation was of a kind, wise and understanding man. 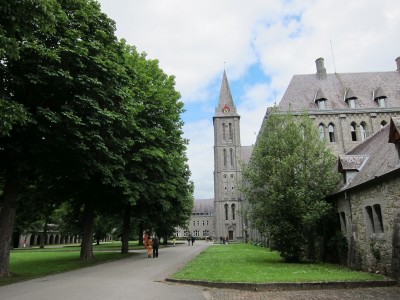 In 1886 he became a novice in the Benedictine monastery of Maredsous near Namur in Belgium, where he spent five years studying before his profession, took the name Columba in 1891 and it was as a monk of Maredsous that he represented the Benedictine order at the centenary celebrations of Maynooth College in 1895.

Abbot at Maredsous 1909-23
In 1899 he was chosen as prior of Mont-Cesar Monastery in Louvain and taught theology there. Ten years later he was elected as abbot of Maredsous in 1909. This was an onerous position, especially as Maredsous belonged to the Beuronese Congregation (based in Germany). After World War I anti-German sentiment was so strong that the Belgians withdrew from the Beuronese congregation and founded their own. Marmion was also instrumental in sending Belgian monks to the Dormition Abbey in Jerusalem. He was also involved in the Anglican monks of Caldey Island in Wales joining the Catholic Church.

At Edermine, Co Wexford 1914-19
When war broke out in 1914 he went to find a place of safety for his monks, first in England. Eventually he found a suitable house belonging to the Power family at Edermine on the banks of the River Slaney, a few miles south of Enniscorthy, Co Wexford. After the war, Marmion and his monks returned to Maredsous, where they had to rebuild their monastery. 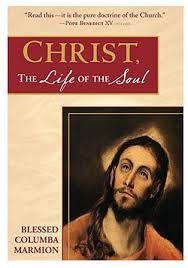 His writings
Marmion was an excellent lecturer and retreat giver in his time. He wrote three significant works of very positive spiritual theology: Christ, the life of the soul (1918), Christ in his mysteries (1919) and in 1922 Christ the ideal of the monk. These were translated into many languages.

His spirituality: the theme of divine adoption
One of the central themes of Marmion’s writings is that of the divine adoption: because God became man, we as humans become adopted children of God. This theme is found in the New Testament letters of Paul and the Eastern fathers, but Marmion brought it down to the level of ordinary people. Grace, he said, is the life of Christ in the soul, which we get at baptism and which we build on right on up to the day we die.

This gives the ordinary Christian a great dignity and is an enormous encouragement in prayer.  Marmion’s teaching is that prayer was simply spending time with God. He stressed that holiness, contemplation, and prayer are open to anyone, whereas in his day, it was thought to be the preserve of monks, nuns and priests. Marmion’s theology of hope drew much from his time as chaplain to the women’s prison at Mountjoy in Dublin: here he helped hardened criminals, people who had no hope, to see that even though they were condemned in the world of humans, they were not condemned by God. 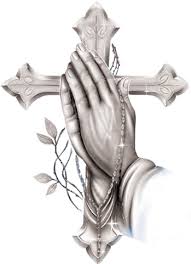 Death and influence
Columba Marmion died on 30th June 1923 aged 65 and was buried at Maredsous.

In 1966 a mother of seven, Patricia Bitzen of St. Cloud, Minnesota developed breast cancer, which spread to her lungs and lymph gland. She was given three months to live. Her brother, a Benedictine monk at St. John’s Abbey in Collegeville, Minnesota, suggested she go to the Abbey of Maredsous in Belgium, to pray at the tomb of Dom Columba Marmion. She did and was totally healed. This miracle led to Dom Columba’s beatification on 3 September 2000.

In 1975 a new bridge across the Slaney was opened at Edermine beside where the monks lived during World War I and called Dom Marmion Bridge.