Summary: All the saints of Ireland. The early Irish Martyrologies and the Stowe Missal give a firm basis to devotion to the saints of Ireland. The feast celebrates the gifts and the glory of God in his saints, their sharing in the paschal mystery of Christ, our communion with them in Christ, their example and their intercession for us, the pilgrim Church, the sustaining power of the Eucharist, the hope of eternal life. 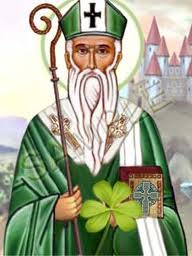 Pope Benedict XV beatified Oliver Plunkett in 1920 and during his papacy also (1914-22) the Feast of All the Saints of Ireland was instituted.

Oliver was canonised in 1975, thus becoming the first new Irish saint for almost seven hundred years. It recalls especially the seventeen Irish Martyrs of the 16th and 17th centuries who were beatified by Pope John Paul II in 1992 and many others who died as a result of persecution during what in Ireland are known as the “Penal Times“.

Patrick Duffy comments on the significance of the feast.

Our four canonised saints
Only four Irish saints: Ss Malachy (1094-1148), Lawrence O’Toole (1128-80) Oliver Plunkett (1625-81) and St Charles of Mount Argus (1821-93), have been officially canonised. All the other Irish saints, such as Ss Patrick, Brigid, and Colmcille, are saints, as it were, by acclamation of the local Church, before the official papal canonisation process was established. Recently we have quite a few beatifications.

Canonisation
“Canonisation” as a process can be said to have begun when the name of a martyr was included in the dyptichs (or prayer lists) proclaimed by the deacon during Mass. This process would have been overseen by the local Church authority, especially the bishop. Later the names of holy people who were not martyrs, such as Saints Hilarion and Ephrem the Syrian in the East, and Saints Martin of Tours and Hilary of Poitiers in the West, were included. But it was only in 1170 that Alexander III issued a decree arrogating to the Pope alone the right to declare a person a saint as regards the Church of the West. This was confirmed in 1200 by a bull of Pope Innocent III.

The Scope of the feast
The scope of this feast, while it includes canonised saints, is wider. It also includes those who had a reputation for holiness and whose causes for canonisation have not yet been completed, such as Blessed Thaddeus MacCarthy (1455-92), the seventeen Irish martyrs of the 16th and 17th centuries, Blessed Edmund Ignatius Rice (1762-1844), Blessed Columba Marmion (1858-1923) and the Servant of God Matt Talbot (1856-1925) and people like Legion of Mary envoys Edel Quinn and Alfie Lamb, whose causes have already been introduced. But it also includes those whose lives of sanctity were known only to their families, friends or members of their parish diocese or religious community. 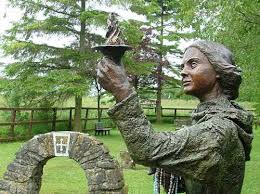 An exchange of spiritual goods
Like All Saints (1 Nov) and All Souls (2 Nov), this is a celebration of the communio sanctorum, that is, a sharing, not only of the “holy persons” (sancti and sanctae), but also of the “holy things” (sancta). As the Dogmatic Constitution Lumen Gentium on the Church of Vatican II taught:

“So it is that the union of the wayfarers with the brethren who sleep in the peace of Christ is in no way interrupted, but on the contrary, according to the constant faith of the Church, this union is reinforced by an exchange of spiritual goods” (LG 49).

Island of Saints and Scholars
The reading from the Book of Ecclesiasticus 44:1-15 echoes the theme of “the island of saints and scholars” which was so strong in Ireland in the first half of the twentieth century.

Let us praise illustrious men (and women),
our ancestors in their successive generations.
The Lord has created an abundance of glory,
and displayed his greatness from earliest times. 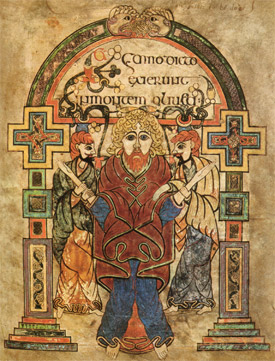 (The Book of Kells is believed to have been created sometime around 800A.D, when Ireland was said to be the Island of Saints and Scholars.)