Two weeks earlier well known Dublin drag queen, Rory O’Neill, (also known as ‘Panti’) was interviewed by Brendan O’Connor and spoke of homophobia in Ireland.  During the interview, a number of Irish columnists were mentioned and Mr O’Neill suggested they were homophobic. The Iona Institute immediately contacted the programme, as did John Waters.

Tragically the night of the interview on the Saturday night show,  was the same night that Tom O’Gorman, a researcher with Iona, was killed in his Dublin home.

RTÉ removed the Panti interview from its online player the next day. In answer to a question from the TheJournal.ie on 15 January, the national broadcaster said the offending interview had been removed from the Player  “due to potential legal issues and for reasons of sensitivity following the death of Tom O’Gorman as would be standard practice in such situations.”  Later the interview  was put back on RTÉs online player, with Mr O’Neill’s interview cut short.

On Saturday last Brendan O’Connor voiced the apology: “Now, on the Saturday night show two weeks ago comments were made by a guest suggesting the journalist and broadcaster John Waters, Breda O’Brien and some members of the Iona institute are homophobic. These are not the views of RTÉ and we would like to apologise for any upset or distress caused to the individuals named or identified. It is an important part of democratic debate that people must be able to hold dissenting views on controversial issues.”

“The apology said this is not the view of RTE and that dissent must be allowed on controversial topics. This is a setback for those who want to demonise and defame all opponents of same-sex marriage. A precedent has been set”  David Quinn wrote later.

Speaking to CatholicIreland yesterday, he said he was “satisfied” by the apology.  “We believe it was necessary because the accusation of homophobia is extremely serious and was made on a very high profile programme by the national broadcaster so it couldn’t go without challenge.” 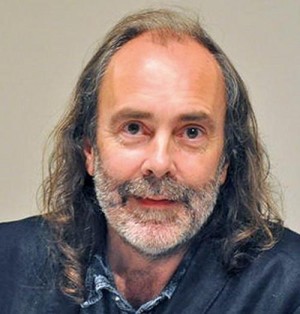 Mr Quinn said he believed the accusations were aimed at “closing down debate on same sex marriage and adoption”.

The Iona Institute promotes the place of marriage and religion in society. The think-tank defends the continued existence of publicly-funded denominational schools and promotes freedom of conscience and religion.