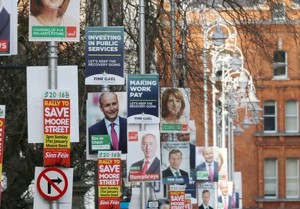 As the final seats were filled in the 2016 general elections, Pro Life groups have said that overall the results have been an endorsement of pro life values.

In the run up to the general election candidates from all the main political parties admitted that when abortion came up on doorsteps, it was invariably pro-life people raising it, not abortion advocates.

The Labour party was by far the biggest loser in the election.

Just days before the electorate went to the polls, it pledged that it would hold a Referendum to repeal the Eighth Amendment by June of 2016 and then introduce legislation similar to the UK’s 1967 Abortion Act.

The Labour party “did their utmost to put abortion at the centre of the election. With ever-increasing stridency, they promised again and again to be the party to ‘Repeal the 8th’,” commented Niamh Ui Bhriain from the Life Institute.

“On February 26th the people gave a devastating answer to Labour’s call. They abandoned the party and its policies in droves, causing a total collapse of Labour’s vote” which lost “a whopping 80% of the seats it held, while Fianna Fáil, who had said it would not look to repeal the 8th, made massive gains,” she added.

Dr Ruth Cullen from the PLC said, “No one is claiming that abortion is the sole reason for their [the Labour Party] defeat but equally it is a fact that the public resoundingly rejected all of their proposals.”

Dr Cullen said it was “encouraging that quite a few new TDs elected support the pro-life position,” and that it was clear that the demand for a referendum to dismantle the 8th Amendment was coming from “a small elite group in politics and the media. It is most definitely not coming from the grassroots up. The general election campaign made that clear if it needed to be clarified.”

She said Fianna Fáil and Independents received the lion’s share of the pro-life vote in the recent election while Fine Gael lost that vote “after breaking their promise not to legislate for abortion.”

Dr Cullen lamented the fact that “people of principle and courage” like Lucinda Creighton lost their seats.

“The TDs and Senators who voted against abortion in 2013 can always be immensely proud of what they did,” she said. “I have no doubt Lucinda and others will bounce back at the next election.”

Dr Cullen thanked candidates who “contested the election and boldly defended the right to life, whether elected or not”.

Meanwhile, the Pro Life Campaign has said the findings of an Amnesty International/Red C poll on abortion published on Thursday are “much more ambivalent and uncertain” than the way they are being presented by Amnesty Ireland’s Executive Director, Colm O’Gorman.

Among the findings of the poll are that the public trust the voices of women who have had abortions more than other participants in the debate.

“The experiences of women who regret their abortions must be given a proper hearing going forward,” said Deputy Chairperson, Cora Sherlock.

She said it was interesting that a  majority of the public say they don’t know enough about the 8th Amendment and want to know more.

“I think it is reasonable to say that most people have yet to hear the case for the 8th Amendment and the countless lives saved by it. When this happens, I have no doubt the polls will become much clearer.”

Ms Sherlock said she believed the poll was timed to influence negotiations on a programme for government in the coming weeks.