The ISPCC interim chief executive Caroline O’Sullivan has described the securing of funds to keep Childline open 24-hours a day as an early “Christmas present for everyone, especially our volunteers coming in week after week”.

Like other charities, the 24-hour phoneline for distressed children was badly hit by the CRC and other scandals in 2013.

“We have been running deficits for a number of years, but in 2013 we thought we were actually going to break even. But that is the same year that the CRC scandals and Rehab happened, and they had an immediate impact in that our income dropped by 20% at a time when we raised most of our money, like a lot of charities, in the last quarter of the year,” Ms O’Sullivan explained.

This trend continued right though 2014, when the charity’s income was down 30% some months on the previous year.

In October 2014, the Childline service embarked on an emergency appeal seeking funding of €1.2m to cover a deficit in funds during 2014.

It warned that without securing the funds 45,000 calls would go unanswered in 2015 as it would have to cease its night service.

Earlier this week, Childline announced that it had received public and corporate donations of €400,000 with an additional €300,000 pledged.

Ms O’Sullivan said the €300,000 of pledged donations came from a number of “high net-worth individuals” as well as members of the public who are running coffee mornings over Christmas.

“We are grateful to the public more than any other group,” she said.  “Of the €700,000 we raised, about 15% came from corporate donations but the rest came from ordinary people.”

In addition, the charity secured a two-year government funding agreement after a series of meetings between the ISPCC, Government officials and Tusla, the child and family agency.

This agreement will see greater co-operation between Childline, the Department of Children and Youth Affairs and Tusla, the Child and Family agency, in the area of child protection.

The ISPCC (Irish Society for the Prevention of Cruelty to Children) has been in operation in Ireland since 1889. 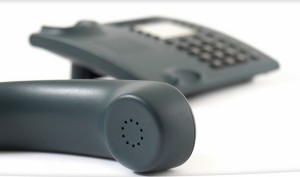 According to its website, its focus today is on “preventative work providing support services to children and their families. The Society continues to campaign vocally for legislative changes to safeguard children and their rights as well as ensuring that young people are given a voice.”

It does this by the provision of a range of national and local services like Childline, Leanbh, ChildFocus, TeenFocus and Mentoring Support which are accessible to children and families all over Ireland.

Childline, the 24-hour support telephone line, has been in operation for 26 years.

“Childline is and wants to remain a service that gives children and young people a voice,” said Ms O’Sullivan. “We will ensure that this happens through our ongoing fundraising efforts so that Childline will be available on a 24-hour basis long into the future,” she added.