Home > News > Reinstated Belfast priest delighted to be back in ministry

Reinstated Belfast priest delighted to be back in ministry 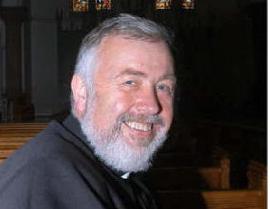 A priest who stood down from ministry in West Belfast two years ago returned to work in St Peter’s cathedral in Belfast last weekend.

Speaking to CatholicIreland.net Fr Hugh Kennedy confirmed his delight at being back at the cathedral and paid tribute to the “goodness of people”.

“I never felt so much the power of prayer of sincere people, or experienced so much the goodness of people” he said.

Fr Kennedy did not wish to speak of his experience which had him out of ministry for two years, but confirmed that it had been traumatic and painful for him and his family.

“There has to be a reason for going through this experience,” he said.

Fr Kennedy voluntarily stepped aside from ministry after information relating to him was given to the Diocese of Down and Connor, which was then passed on to the PSNI in July 2011.

At the time Fr Kennedy was on sick leave with a heart condition. In a statement at the time, Fr Kennedy said that he had never violated or molested a child and he offered to meet parents of children in the Schola Cantorum boys’ choir which he founded.

The PSNI investigated the information. In November 2012, it announced that it  had completed its investigation and no prosecution would be brought against Fr Kennedy but the priest had to wait another seven months as a Church review into the case was completed.

Last weekend, Fr Kennedy was greeted with a round of applause, when he finally returned to ministry at the cathedral.

On Sunday, Bishop Noel Treanor confirmed that Fr Kennedy had “not been charged with any criminal offence or allegation and nor was he subject to interview by the PSNI.”

Bishop Treanor thanked the people who supported Fr Kennedy “over the past two difficult years and I ask all to continue to support him and the parish community on his return to ministry”.

In June Fr Kennedy celebrated an end of term Mass for the Schola Cantorum. During the Mass, he referred to the Acts of the Apostles, where St Peter was in chains and “the whole Christian community prayed for him”.

“I too have felt sustained by prayer from so many friends and true Christian compassion and I am forever grateful to them,” he said.

In a statement at the time the original information was laid against Fr Kennedy, the Diocese of Down and Connor confirmed that the information it had received did not relate to the Schola Cantorum.

Fr Kennedy was ordained as a priest in 1981 when he was studying at the Irish College in Rome. He was appointed administrator at St Peter’s in 2006.