Home > Featured > On Red Wednesday, Primate urges Christians in Ireland to be brave

On Red Wednesday, Primate urges Christians in Ireland to be brave 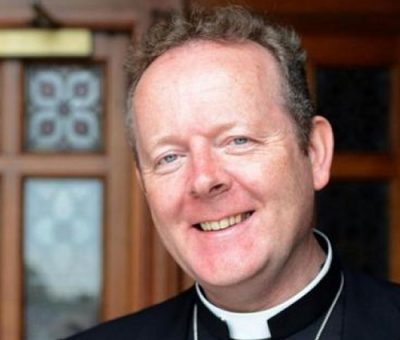 Archbishop Eamon Martin has called on Christians to be brave and ready to witness to their faith.

Speaking at a Mass on Wednesday night in Armagh for #RedWednesday 2018, he said the fact that “persecution and martyrdom of our fellow Christians continues today in many parts of the world invites us to consider how we ourselves witness to our faith in Irish society. We are all called to be prophetic in shining the light and truth of the Gospel into the world, even when it brings ridicule, insult, [and] criticism or leads to our being ostracised in public discourse.”

Addressing the congregation in Saint Malachy’s Church, the Primate of All-Ireland noted that this week all over the world cathedrals and other public buildings were lit up in red in solidarity with persecuted Christians. “Sadly their suffering often goes unnoticed,” he said.

Although the United Nations Declaration of Human Rights proclaimed the right to “freedom of religion”, the recently published Aid to the Church in Need report: Religious Freedom in the World 2018 “shockingly illustrates how countless numbers of people around the world have been killed, ‘disappeared’ or indefinitely imprisoned simply for belonging to the wrong religion,” said Archbishop Martin.

Among its most “troubling” findings for him was the observation that “Aggressive nationalism, hostile to religious minorities, has worsened” together with “increasing evidence of a curtain of indifference behind which vulnerable faith communities suffer” and that “in the eyes of Western governments and the media, religious freedom is slipping down the human rights priority rankings, being eclipsed by issues of gender, sexuality and race.

“This is why it is important for us to gather like this on #RedWednesday.”

Remembering Irish religious who were martyred for their faith, like the Franciscan friars Rodger McConvill, Conor McWard and Fergal Ward in the 16th century, the Parish Priest of Armagh Father James O’Fallegan in the 17th century and Dean Brian McGurk in the early 18th century, Archbishop Martin announced that he would erect a shrine in the Cathedral to former Archbishop of Armagh Saint Oliver Plunkett and all those who, like him, were persecuted and martyred for the faith in the diocese.

“Last week Pope Francis remarked that, in addition to the bloody ‘red martyrdom’ suffered by Christians throughout the world who die for their faith, many others, in democratic countries, experience ‘white martyrdom’ because their freedom of religion is restricted.

“We should not be afraid to hold and teach our sincerely held Christian convictions about, for example, the dignity of the person and the sacredness of all human life from the first moment of conception,” said the Archbishop of Armagh. “In post-referendum Ireland, it remains as important as ever to affirm the sanctity of all human life, and to remind people that the direct and intentional taking of the life of any innocent human being is always gravely wrong.”

Archbishop Martin urged people to do this, even when they are shouted down or told to go away.

“On this #RedWednesday, I invite you to pray for the gift of courage, the grace of witness and loyalty to Christ for Christians here in Ireland and all over the world, and especially for those who continue to be challenged, attacked, displaced or even murdered for what they believe in,”  he concluded.