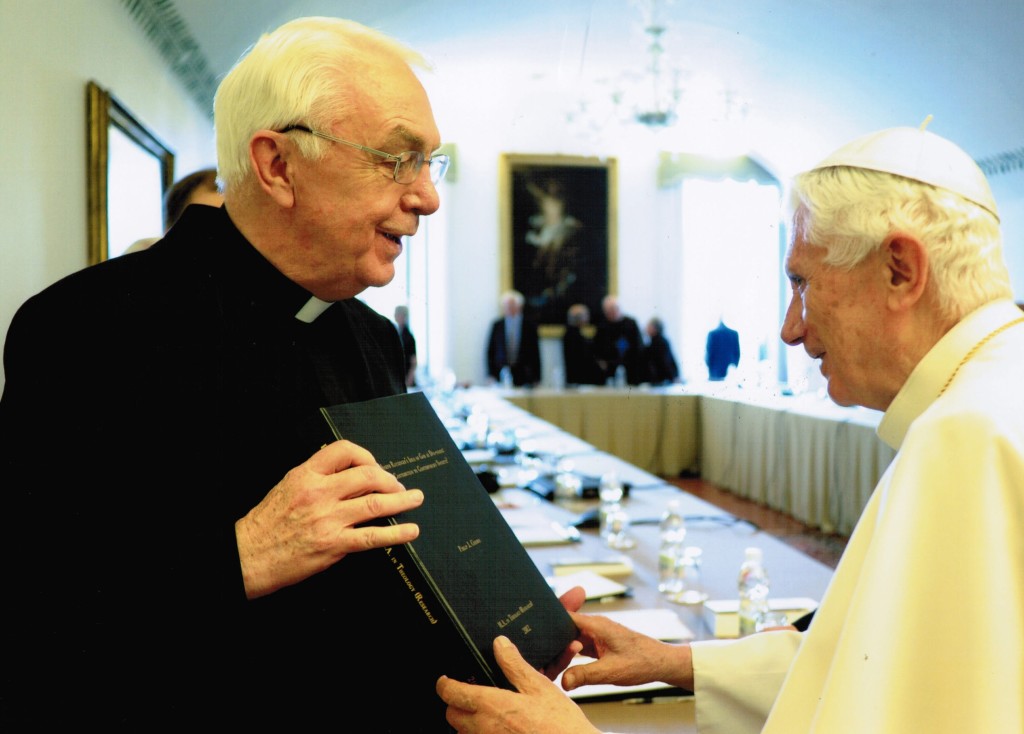 Conscience is central to Joseph Ratzinger’s vision of what it is to be human, a former student of Pope Emeritus, Benedict XVI, argued in his address to an international symposium in Maynooth last weekend.

The human capacity to know objective truth and goodness as opposed to how conscience is generally understood, as a judgement in particular circumstances, had “immense” implications for morality, law, politics, Church leadership, culture, mission, and dialogue with world religions, he suggested.

Professor Twomey was speaking in the Divine Word Missionaries in Maynooth at the second international conference on the theology of Joseph Ratzinger/Benedict XVI which was attended by 40 scholars from Rome, Leuven, St Andrew’s (Scotland), Durham, Birmingham, Waterford and Maynooth.

The topic of the symposium was Ratzinger’s theological anthropology.

Other speakers spoke about Ratzinger’s Christological and ecclesial perspectives on the human person, the Church as the locus of freedom and Ratzinger’s notion of person through his writings on Mary and the Church.

According to Philip Cremin (Waterford), Joseph Ratzinger’s image of the human being is founded on his idea of God as dia-logos.

This image of God has, necessarily, profound implications for our understanding of freedom. Indeed, for Ratzinger, the question of freedom is the question for humanity.

Human freedom, he argues, can only exist within a “broader communion of freedoms”.

By means of Ratzinger’s theology of God as dia-logos, Cremin’s paper explored what speaking freedom to an existential culture might entail.

Ratzinger’s Christological and ecclesial perspectives on the human person were explored by Mary McCaughey (Maynooth), while Sean Corkery (Cloyne) discussed the Church as the locus of freedom.

Mary Francis McKenna explored Ratzinger’s notion of person through his writings on Mary and the Church. The notion that person is “relation” is revealed by God’s self-revelation as Three-in-One, she suggested.

Ratzinger applies this notion of person in its totality to the human being as the image of God and to Christ as the New Adam.

In this way, Ratzinger introduces relation to intellectual thought in general and exemplifies this in Mary, the New Eve.

McKenna explored the profound imitations of a Ratzinger’s new insights for the new category of relation.

In his address, D. Vincent Twomey SVD argued that guided by Cardinal Newman (among others), Ratzinger recovers the classical understanding of conscience as our human capacity to know objective truth and goodness.

This is distinct from (though intrinsically related to) how conscience is generally understood, i.e. as a judgement in particular circumstances.

This capacity arises from the fact that we are made in the image of God: it is our in-built antenna for the good and the true.

It is, further, awakened by God’s self-revelation as witnessed to by the Church. The implications of this for morality, law, politics, Church leadership, culture, mission, and dialogue with World Religions are immense, he said.