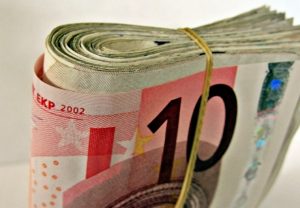 Credit from moneylenders is usually easy to obtain, but costs you dear (Pic Taxrebate.co.uk)

Moves to protect desperate people from the worst excesses of moneylenders have been welcomed by the Society of St Vincent de Paul (SVP).

Last year, just under 350,000 people were customers of licensed moneylenders, borrowing a total of €268 million and paying punitive interest rates of up to 288 per cent APR. In medieval times, charging such punitive levels of interest would have been branded as ‘usury’, a sin in the eyes of the Church.

The SVP has consistently expressed concern about the prevalence of high-cost borrowing from licensed moneylenders among the people who rely on the charity for assistance when coping with making ends meet on a limited weekly income. According to the society, 4 per cent of parents in Ireland turn to moneylenders when short of the cash needed to meet back-to-school expenses.

The Central Bank has published a review of the Consumer Protection Code for Licensed Moneylenders, which includes proposed measures that would enhance the protections offered to customers, and a public consultation on the contents of the revised code will remain open until 27 June.

“The people that we are helping are on such low incomes that bills, utilities, and rising rents, have forced them to access money from lenders when they just can’t make up the difference themselves,” said SVP National President Kieran Stafford. “Pressure points – like back-to-school, Christmas, Confirmations and Communions – also put significant strain on low income families and they feel they have no choice but to turn to moneylenders. It is our experience that people tend to use moneylenders when they have limited access to other sources of credit and they may be worried about cutting themselves off by reporting abuses within the sector.”

Often moneylenders are predatory and exploitative, says the SVP. Cash is made easily available on credit from moneylenders, who often call door-to-door offering their services, but interest rates in excess of 100 per cent or 150 per cent per annum are normal.

“SVP volunteers try to discourage people from using doorstep credit services and offer responsible alternatives, such as the ‘Personal Micro Credit Loan’ (PMC) offered by many credit unions,” said the society’s head of social justice Dr Tricia Keilthy. “Volunteers continue to signpost potential customers to the scheme, as well as encouraging more credit unions to take part. The availability of affordable credit is key but proper regulation and protection is also needed. The proposed measures, particularly the introduction of a debt to income ratio limit and greater restrictions on advertising and unsolicited contact, are therefore very welcome. It will be critical that compliance with these measures is properly enforced.

“Ultimately, however, given that the moneylending industry has become embedded as part of the landscape of credit in Ireland, we are calling on government to introduce an interest rate cap that reduces the total cost of credit moneylenders can legally charge.”

The SVP will be submitting a more detailed response to the revised code in the coming weeks through the Central Bank’s consultative process. In medieval times, rulers did much to tackle the sin of usury, which is the practice of lending money at extortionate interest rates.