PSNI concerned over lack of interest among Catholics for the Force 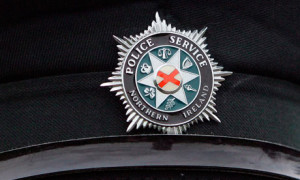 The PSNI is to investigate why so few Catholics are applying to join the force.

There has been a small increase in the numbers of Catholics and women applying to join the PSNI but both were still under-represented in the latest recruitment drive.

Women made up 38% of the successful applicants in the 2015 recruitment drive, compared to 35% the year before.

However, just 30% of those who replied to recent recruitment drives were from a Catholic or Nationalist background and just over 20% who made it through to the final merit pool were Catholic.

Concerned by the low level of recruitment, the PSNI have commissioned consulting firm Deloitte to ascertain why recruitment figures from Catholic backgrounds are so low.

Speaking to the Belfast Telegraph newspaper, John Helliker head of Human Resources at the PSNI said, “The PSNI has commissioned and independent research project into how we recruit underrepresented groups applying for a career in the PSNI. We are committed to ensuring that the composition of the Police Service of Northern Ireland is representative of the whole community.”

He continued, “It is anticipated that the research will be completed in late October and the findings will be presented to the Northern Ireland Policing board in due course.”

In 2011, the British government ended the policy of 50/50 recruitment from both the Catholic and Protestant communities to the PSNI.

Criminology expert from the University of Ulster Dr Johnny Bryne said, “Representation is the key to having confidence in policing. We must do absolutely everything in our power to make sure that the PSNI is fully representative of all communities in Northern Ireland.”

“50/50 was a necessary policy here for policing reform. We maybe need to revisit that conversation around the introduction of 50/50.”

The 50/50 recruitment policy was brought to an end in 2011 when the then Secretary of State, Owen Paterson, said that with almost 30% of officers from a Catholic background, the practice could no longer be justified.

However, outgoing Policing Board member Nichola Mallon of the SDLP said she would prefer to tackle under-representation in a new way rather than “going back to targets that were set in the past”.

“I would like to see us making recruitment work and making the PSNI an attractive offering for people from the Catholic community and from ethnic minorities and with disabilities.”

The North Belfast MLA added, “I would like to see us get there, rather than have to impose restrictions.”

“Let’s try to get there by doing to the right thing in terms of recruitment, which is what happens in a normal, healthy society.”

Figures from the recent recruitment for the PSNI show that 77 were from a Catholic background, 319 were from a Protestant background and five were undetermined. Between 20% to 25% of those who make it through the Merit Pools were Catholic.