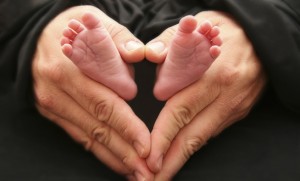 Pro life groups have hit out at a story in yesterday’s Irish Times which claimed that the first “abortion” under the new legislation had been carried out in Holles Street Hospital.

The case involved a woman pregnant with 18 week old  twins.

According to the report, the woman’s membranes were ruptured for almost 24 hours and as the risk of infection increased dramatically, she and her partner agreed to the procedure.

Commenting on the reports, Dr Ruth Cullen of the Pro Life Campaign said that while the precise circumstances surrounding the intervention in this tragic case were unknown, what was clear was that the Government’s abortion legislation “permits doctors to blur the distinction between necessary life-saving interventions in pregnancy and induced abortion (where no effort whatsoever is made to save the life of the baby).”

She continued, “The tragedy reported of a mother losing two children has been used again to give the misleading impression that the recent abortion legislation was needed to safeguard women’s lives.”

Dr Cullen noted that according to the Health Service Executive, the ‘Protection of Life During Pregnancy’ bill has not yet come into force.

“On foot of this, one has to ask, is The Irish Times suggesting that the law was broken by the doctors in Holles Street or does it now accept that the new law was not needed to protect women’s lives?” asked Dr Cullen.

The Life Institute commented that Ireland’s most senior obstetricians, such as Dr Sam Coulter Smith, the Master of the Rotunda, “have repeatedly stated that these interventions should not be described as abortions, since the intent is not to kill the baby.”

Niamh Uí Bhriain added, “The claim that such interventions are abortions are hugely upsetting to the mothers and families involved who are already grieving the loss of their babies, and should not be exploited by the Irish Times or abortion campaigners.”

In the Irish Times report, a senior hospital source was quoted as saying, “Even before the passage of the legislation, Holles Street would have carried out terminations in cases like this, where the prognosis for the pregnancy was very poor.”

The report also drew parallels between this case and the tragic case of Savita Halappanavar who died from septicaemia.

In its report the newspaper wrote, “In contrast to Ms Halappanavar, who died in University Hospital Galway last October after she was refused a termination, the National Maternity Hospital patient has made a good recovery after receiving antibiotic treatment and undergoing the termination a number of weeks ago.”

Dr Cullen expressed concern at the way the paper had repeated the claim that Savita Halappanavar died because she was denied a termination of pregnancy.

“The Irish Times has obviously decided to ignore the conclusions of the coroner’s inquest into the tragic death of Savita and decided instead to stick rigidly to its original misleading presentation of what happened. This is most regrettable.”

“Patient confidentiality is absolutely critical in our dealing with women in sensitive and difficult situations,” he said. “This is not the sort of behaviour you expect from a serious professional. It is completely unprofessional to give details of a patient which allows her to be identified.”