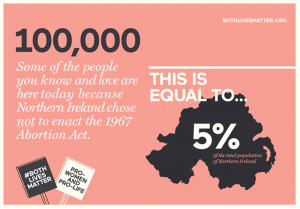 The Advertising Standards Authority (ASA) in Northern Ireland has backed a claim made by Both Lives Matter that 100,000 people are alive today because of the laws on abortion in that jurisdiction.

Pro Life Campaign in the Republic of Ireland welcomed this ruling of the ASA.

“Today’s ruling is a wonderful vindication for the initiative undertaken by Both Lives Matter which highlighted the fact that over 100,000 people are alive today in Northern Ireland as a direct result of its pro-life laws and the decision not to extend the 1967 abortion law to Northern Ireland” said Cora Sherlock of the Pro Life Campaign in Dublin.

She added that in 2016 the Pro Life Campaign released similar findings for the Republic of Ireland after commissioning an independent actuarial report which concluded that between 1994 and 2014 over 100,000 lives were saved by the Republic’s 8th Amendment.

“The debate on abortion needs to be broadened to make room for discussion on all that’s positive about the 8th Amendment and the lives saved by it,” she said. 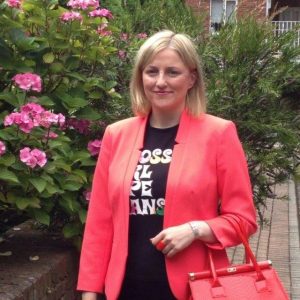 She added that it is an “immense tragedy” that people travel abroad for abortions, but if abortions were performed in Ireland the numbers would be considerably higher.

“We definitely need to reflect on all this as a society. Today’s ruling from the ASA is more independent validation of the claims made by pro-life groups,” she said.

The issue arose in Northern Ireland in January 2017, when Both Lives Matter ran two billboards claiming that 100,000 people are alive today because of the law on abortion.

Fourteen complainants argued that this claim was misleading and could be not be substantiated. The ASA carried out an investigation, seeking expert statistical advice, which has backed the claim made by Both Lives Matter.

“We are delighted with this result. Our opponents said we could not substantiate the claim despite us producing a robust report. The ASA have examined our calculations and backed our figure. Their expert concluded that it is reasonable to say that 100,000 people are alive today who would have otherwise been aborted had it been legal to do so. This independent verification is a real endorsement of our campaign,” said Dawn McAvoy, Both Lives Matter.

She added that her organisation has been cautious with its calculations and that the real figure for abortions may be much higher.

“We are a pro-woman and pro-life group trying to find a third way through this very emotional subject. Rather than focus on the negative, we have always sought to be a positive movement. The billboard sought to highlight the 100,000 people alive in Northern Ireland today because we didn’t bring in the 1967 Act,” she said.

She added that statistically, everyone in Northern Ireland knows someone who is alive today because of laws relating to abortion. She said that her organisation now wants to get on with working with all those who want to re-frame the abortion debate in Northern Ireland and beyond, advocate for better care in pregnancy crisis, and safeguard the current law which protects both women and children.

ASA stated that Both Lives Matter believed that anyone viewing the advert would understand that the 100,000 figure was, in statistical terms, an estimate, and they could get more details via a clear URL to their website.

The report on the Both Lives Matter website quotes Dr Esmond Birnie as stating that “there is obviously no absolute certainty about what ‘an alternative Northern Ireland’ would have looked like if the 1967 abortion legislation had been applied here as in GB” and that Both Lives Matter had made “plausible and cautious estimates as to what might have happened.”