Home > News > Primate calls for renewed mission to the family

Primate calls for renewed mission to the family 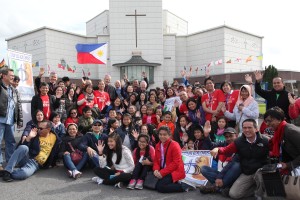 The Primate of All Ireland, Archbishop Eamon Martin, has said he sees the challenges currently facing the Irish Church as a springboard of opportunity for a new evangelisation of and a new chapter for the Church in Ireland.

In his address to the National Eucharistic Congress in Knock at the weekend, the Archbishop, who along with Archbishop Diarmuid Martin of Dublin will attend the synod on the family in Rome (5-26 October) said the challenge facing the synod would be to find ways of remaining completely faithful to the Church’s teaching on marriage and the family while at the same time reaching out in a compassionate and merciful way to those whose home and family situations are very different.

Announcing his support for a “renewed mission to the family in Ireland over the next five years” he said this mission would implement the recommendations of the synod, “proclaiming courageously to Irish society the Good News about marriage between a man and a woman always open to life” while also reaching out pastorally to welcome those who may feel estranged from the Church because of their particular family situation.

“The family has in the past been the heart and hearth of faith in this country – despite the challenges there is no reason why it cannot be so again in the present and future,” the leader of the Church in Ireland said.

The Archbishop’s strategy for renewal includes practical suggestions such as pastoral supports for marriage and the family which are parish-based.

These would involve prayer, catechesis and practical advice for couples on the daily living of the sacrament of marriage. 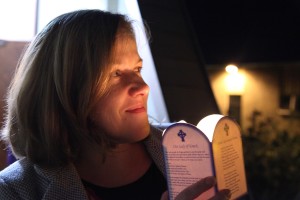 This, he said, could be followed up by opportunities for marriage support in the early years to help couples further develop their understanding of the sacrament in the first three to five years of marriage.

“I would recommend these pre- and post-marriage ‘support’ services should be facilitated by couples for other groups of couples, by families for families, and should include an element of prayer, the Word of God and the Eucharist,” the Archbishop proposed in his address entitled ‘Handing on the faith in the Home thirty-five years on’.

Dr Martin said a second help for families would be prayer guidance for couples and young parents on praying with their children and introducing their children to the faith, even before they go to school.

“Prayer in the home is so important to the future of the faith that it would be worth investing considerable energy, resources and creativity in the next five years into developing a new ‘apostolate of family prayer’ for the people of Ireland.”

In relation to the challenge facing Catholic schools, the Archbishop said these might be turned into opportunities for handing on the faith.

He offered two practical suggestions for Catholic schools. First of all, he said the launch this month of the new primary religious education programme provided “a golden opportunity to reinvigorate the catechetical opportunities for our children and to encourage teachers, parents and parishes to become fully involved in handing on the faith”.

He noted that this was the first time that Catholic schools of Ireland have had a complete curriculum at primary level with full recognitio from the Holy See.

In tandem with this school catechetical programme, the Archbishop called for a Catholic Prayer Book for Children and Parents to compliment a Primary School Catechism for Children and Parents to help consolidate, at home and in parish, the key learning outcomes at school, leading seamlessly to the Youcat for post-primary level and on to the ‘grown-ups’ Irish Catholic Catechism for Adults.

He also urged Catholic teacher education institutions to develop initial and in-service faith formation for teachers so that their knowledge and understanding of their personal faith is deepened and fostered through contact with other committed Catholic teachers.

“I recommend the formation of Catholic teacher sodalities or fraternities at diocesan level so that faith-filled young teachers can meet to affirm and enlighten one another.”

Acknowledging the downturn in priestly vocations, the Primate of All Ireland said the situation could provide a renewed impetus to rediscover and nourish the distinctive vocation and ministry of the laity in Ireland.

“I would encourage family ministry in every parish – along the lines of a post-baptismal ‘neo-catechumenate’ with ‘families in mission’ helping other families to meet, minister to each other and support each other in the faith development of parents, young children, teenagers and adults – the Church which meets in the house of Eamon, or Sheena and John, or wherever!”

Archbishop Martin recalled Pope Saint John Paul II’s visit to Ireland in 1979 when he highlighted three areas in which he said Ireland must choose: marriage and family life; respect for the sacredness of human life; and developing family prayer and the vocation of Christian parents.

“Thirty-five years on, although much has changed, many of these challenges remain. But we are in a new Ireland and our Church is faced with the challenge of becoming missionary and with embracing the new evangelisation,” the Archbishop said.