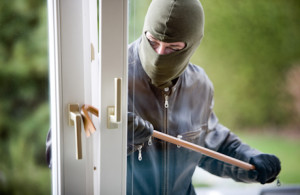 A spokesman for the Association of Catholic Priests in Ireland has criticised the lack of rural Garda stations which he said left priests and the elderly living alone more vulnerable to violent crime.

The ACP’s Fr Gerry Alwill was responding to news that the leader of the Church in Ireland, Cardinal Sean Brady, held a meeting in recent days with the Gardaí and the PSNI to outline his concerns over priests’ safety following a spate of violent robberies in rural parishes.

“We are concerned for priests and especially for elderly priests as well as the elderly in general who are living alone,” Fr Alwill said on behalf of the ACP, which represents over 1,000 Irish priests.

He said the perception was that priests have money due to Mass collections and because of this they are being targeted. “None of us would be carrying much by way of large sums of money,” Fr Alwill underlined.

The 60-year-old parish priest of Drumkeerin in Co Leitrim who lives alone said the Garda station in his own village had been closed two years ago and that there was now no Garda presence in the village.

“Many people in the locality have told me they feel more vulnerable now and the lack of a Garda presence came up in a discussion in our local deanery meeting recently.”

He said last year at least two priests in the Diocese of Kilmore had been subject to house raids. “It is the level of violence in some of these raids that is upsetting,” he said.

A spokesman for Cardinal Sean Brady told www.CatholicIreland.net that the Primate was “very concerned” about these incidents.

He confirmed that the Cardinal was joined at the Garda-PSNI meeting by Archbishop Eamon Martin and 80 priests.

Cardinal Brady said he was “particularly conscious” that many elderly as well as priests are feeling “vulnerable about their personal safety.”

He appealed to parishioners to remain vigilant concerning suspicious activity in and around parish properties.

A spokesman for the Gardaí said the most recent crime statistics published by the CSO showed that crime rates were down in twelve of the fourteen categories.