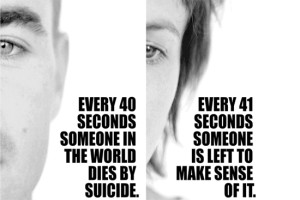 The number of suicides across the island of Ireland has reached crisis levels according to a priest who counsels those grieving a loss from suicide.

Fr Cathal Deery is a curate in Clones, Co Monaghan and is the Diocese of Clogher’s designated priest on suicide and suicide prevention.

He is hosting the first ever day dedicated to suicide in Lough Derg today which is entitled ‘Living with Suicide’.

Speaking ahead of the gathering, the priest warned that the Government and the Church are not doing enough to stem the massive losses taking place each year.

He said suicide accounted for as many as 1,000 deaths across the island of Ireland every year.

“If you are talking about 1,000 people dying per year of suicide, (500 in the South and 300 in Northern Ireland plus another 200 not officially identified as suicide) I think we have a national crisis on our hands.”

He noted that it was far higher than the number of road deaths and “so really we should be shouting it from the roof tops” yet “there is not enough being done.”

“Everybody lives with suicide at some point. It is affecting a huge number of families and communities throughout the country,” he said.

They say that six people on average will be directly affected with intense grief by a suicide. A further 50-100 people will be affected by the suicide, which could include neighbours or work colleagues or somebody in your community – so we are talking about a lot of people who are affected by suicide, Fr Deery explained.

“Much more needs to be happening through the Government statutory bodies both north and south of the border as well as locally within communities and parishes,” he said.

“There were lots of tears dropped when Junior Minister Shane McEntee died by suicide but I am not sure nine months on much happened at government level to do anything about it,” he commented.

Fr Deery also admitted that a lot of priests are afraid of the topic of suicide and warned that it is taking a “huge toll” on them. This stems partly from the shock at the death by suicide of two priests last year, one in his 30s in Co Mayo and one in his 60s in Belfast.

But the Clones priest said funerals for the victims of suicide can also be very emotionally demanding on priests. “Obviously funerals at any time are difficult but death by suicide takes a huge toll. You are dealing with all the emotions of the family – there might be denial, anger, shame and blame.” Priests also have to be careful not to be seen to glorify a death by suicide he said.

He warned that priests aren’t doing enough for themselves to seek the help that they need to cope with the impact.

The Lough Derg event is aimed at adults who have been affected by suicide through their own personal loss or someone who has had a suicidal ideation or who has attempted self harm at some stage in their life.

It is also intended for people like Fr Deery who are ministering to the bereaved around the time of death and those who work in support services such as the emergency services and in the area of suicide awareness and prevention.

Speakers for the day in Lough Derg include CONSOLE founder, Paul Kelly, who lost his sister to suicide eleven years ago, who will speak about dealing with grief, loss and bereavement through suicide. “His sharing will resonate with some people in Lough Derg who have had a bereavement.”

Another speaker is psychotherapist Bronagh Starrs who will address the shame and stigma that many people feel following a suicide. Her talk is called ‘Restoring Faith – the Journey Beyond Shame’.

“Shame is a feeling that a lot of people express. The stigma is still very much in evidence in the country. Bronagh Starrs is going to speak a bit about moving beyond shame. I have no doubt that that will touch people who may be, at the moment, thinking everybody is looking at me because my son died by suicide or everybody is talking about us in the village because my husband hanged himself.”

Lastly, author and broadcaster, Christy Keanneally will speak on beginning the pilgrimage from heartbreak to hope.

“Christy has a very unique style and he is quite humorous while making very important and valid points. I asked Christy because I want people to go home from the day with a little bit of hope and feeling a bit more upbeat than when they arrived.”

There is also time in the afternoon for people to explore Lough Derg in terms of walking around the island and saying a prayer or personal reflection if they wish or speaking to one of the three speakers.

The Lough Derg event aims to offer something that is not available at suicide conferences. “Lough Derg is a sacred place. Suicide conferences tend to be purely secular events, whereas we felt we wanted to offer a bit of reflection and prayer which would hopefully be therapeutic,” Fr Deery explained.