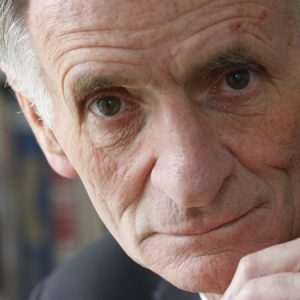 A man described as “the best bishop Ireland never had”, former broadcaster, taoiseach’s advisor and RTÉ board chairman Tom Savage was buried in his native Cooley at the weekend following a funeral Mass where his Maynooth classmate Cardinal Séan Brady was the chief celebrant.

In his homily, the Cardinal said: “We studied the ancient classics together, played on the pitch and prayed in the same pews. We became friends for life.”

While Cardinal Brady was active in Cavan GAA, Tom Savage’s sporting life was devoted to Louth GAA. He was a lifelong member of the Cooley Kickhams GAA Club, won an all-Ireland junior medal playing for Louth in 1961 and also played for the senior county team.

After his ordination in 1964, he studied at Queen’s University Belfast, where he also played Gaelic football and was a member of the first Queen’s team to win the Sigerson Cup. After graduating from Queen’s in 1968, he became director of social welfare in the Archdiocese of Armagh. At this time, he was involved in protests about discrimination against Catholics in the allocation of housing.

In 1972 he was nominated by the cardinal to serve on the Independent Broadcasting Authority in the UK and he was also seconded to the Catholic Communications Institute (CCI) in Booterstown, Co Dublin, thus starting his career in broadcasting.

It was at this time that he met the love of his life, Terry Prone. Wanting to marry, he left the priesthood, being laicised in 1975. The wedding was celebrated by Fr Brian D’Arcy. The couple’s son, Anton Savage, is also a broadcaster, and in his eulogy at the Church of St James, Grange, he remarked: “I am standing on the altar where my dad celebrated his first Mass. There are not many sons who can say that.”

After leaving the priesthood, Mr Savage lectured in sociology and media at the Rathmines College of Commerce and was a news editor in RTÉ Radio, before becoming founder producer of the flagship news magazine programme ‘Morning Ireland’. He also presented several other radio and television programmes.

When Albert Reynolds was Taoiseach, he appointed Savage as his communications advisor and the Ulsterman is said to have played a crucial behind the scenes role in the early years of the Northern Ireland peace process.

He served as chairman of the board of RTÉ from 2009 to 2014, most controversially when he became involved in the fallout surrounding a TV documentary ‘Mission to Prey’, which libelled Fr Kevin Reynolds, a missionary priest. It later emerged that Mr Savage’s wife, Terry Prone, gave media interview training to members of the Irish Missionary Union in advance of the programme being broadcast. Savage later told an Oireachtas committee that as he had not known of this involvement by his wife and co-director, no conflict of interest arose and it was not necessary for him to resign from the RTÉ board.