Home > News > Priest abducted for a second time in Syria

Priest abducted for a second time in Syria 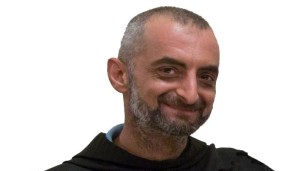 Concerns are growing for the safety of a Franciscan priest in Syria who has been missing since 23 December.

Fr Dhiya Azziz, parish priest of Yacoubieh, is believed to have been abducted after he left Lattakia in a taxi heading for Yacoubieh, via Hama.

The 41-year old priest was on his way back to his parish for Christmas with his faithful, after a brief trip to Turkey to visit his family, that have taken refuge there since the arrival of IS rebels in Karakosh, in Iraq, his homeland.

Franciscan Fr Pierbattista Pizzaballa, Custos of the Holy Land, told Vatican Radio there have been no updates since Christmas Eve. He said perhaps some army or rebel group have abducted him, and “God forbid he is killed”.

Extremist groups or criminal gangs are suspected to be behind kidnappings in Syria.

They use ransom money to fuel their terrorist network. Fr Pizzaballa appealed to anyone who has information on the case to come forward, so they can try and rescue Fr Azziz.

In July, Fr Azziz was kidnapped by a group, but released safely one week later.

Fr Azziz, voluntarily chose to go to serve the Latin parish of Yacoubieh, in Idlib province two years ago.

The area has been in the hands of jihadist for a long time.

While the priests and religious of other Churches and Christian communities have all left the area, the parishes in the village of Yacoubieh and the nearby village of Knayeh are being cared for by the Franciscans who are keeping the churches open for the few hundred remaining Christians.

Fr Azziz has always tried to keep out of political and military issues. He offered his pastoral service to his parishioners and encouraged them to support the many Muslim refugees who have been arrived in the Christian villages.

Last October, another Franciscan priest, Fr Hanna Jallouf, pastor of the Church of St Joseph, from the nearby village of Knayeh, was taken away by jihadists of the al-Nusra Front, along with some parishioners, but they were all returned safely within a few days.