With just under a month to go before the historic constitutional referendum on marriage in the Republic of Ireland on 22 May, the Presbyterian Church has published its position on the issue.

In its statement, the Presbyterian Church said it “upholds the historic – and Christian – view of marriage as exclusively between one man and one woman”.

We affirm that it is needed for the common good of society, it says.

“In recognising the rights of all people within a democracy, we must include the rights of children, and the natural responsibilities of a father and a mother in their nurture. We believe the change proposed in the referendum denies these rights.”

According to the Presbyterian Church, a redefinition of marriage “would establish new norms within our society, the implications of which have not been fully explored.”

Acknowledging that “this is an intensely emotive subject” the Presbyterian Church trusts that “all will engage in the debate with gentleness and respect as we approach the Referendum”. 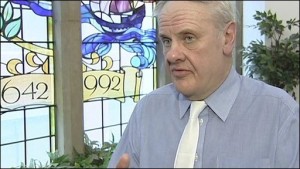 At its meeting in June 2014, the General Assembly, the governing body of the Presbyterian Church, passed a resolution, urging “Presbyterians and others in the Republic to consider that the witness of the Bible, accepted by this and most Churches, is that marriage is to be exclusively between one man and one woman”.

The Council for Church in Society, appointed by General Assembly, with representatives from a number of regions and chaired by Dr Norman Hamilton, former Moderator of the Church, drafted the recent statement.

“Like any Church, or any other organisation, there will be people who hold differing views from the official view taken,” Mark Smith press officer told CatholicIreland.net.

“This would be true of those in favour of same sex marriage who attend Presbyterian Churches both in the Republic of Ireland and in Northern Ireland.” 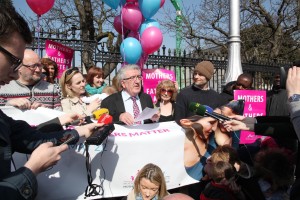 Meanwhile, the main organisation on the No side, Mothers and Fathers Matter, is holding a major inter-disciplinary International Conference on ‘Protecting and Nourishing the Family’ today.

The conference takes place at the Marino Institute of Education, Griffith Avenue, Dublin 9 from 9am until 5pm Saturday 25 April.

Speakers include Patrick Treacy SC on Referendum 2015: Human Rights, Legislation and the Constitution, journalist and author Bruce Arnold on Holding the Government to Account, Professor Helen Alvare on When the Fever Subsides: Reason and Freedom in a World of Genderless Marriage, and Patrice Andre, advocate, speaking about the French experience of same sex marriage.

Elizabeth Howard will share her personal story of living the consequences of donor conception, and Heather Barwick will tell her story of growing up in a same sex marriage.

Dr Aaron Riches will address the conference on The Nuptial Mystery – Anthropological bases of Marriage in recent Church Teaching and Catechesis.

The conference will conclude with a question and answer session to a panel of experts including David Quinn, Director of Iona Institute, Mr Keith Mills and Mr Paddy Monaghan.

Finola Bruton will act as Chair for the Conference. The conference costs €10.