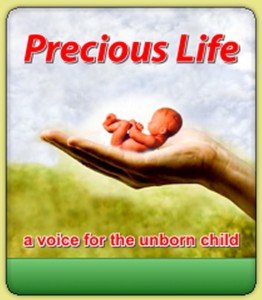 Taking into consideration major issues in Northern Ireland such as health and education, the collapse of the Northern Ireland Assembly on 16 January was not a good thing. But in another way it was a godsend, according to Bernadette Smyth from Precious Life.

“One consequence of Stormont’s collapse is the collapse of Alliance Party David Ford MLA’s Private Member’s Bill which sought to legalise the abortion of unborn babies with life-limiting disabilities, right up to the moment of birth,” she said.

“Of course, it is very unfortunate that Stormont has been brought to a halt following the deputy first minister’s resignation, but the pro-life majority are thankful that David Ford’s abortion bill is now ‘dead’.”

Ms Smyth told CatholicIreland.net that Precious Life had been concerned about the Alliance bill. It was going to take every single pro-life Assembly member (MLA) to defeat it. “We were relying on all the [pro-life] MLA members from the Social Democratic and Labour Party (SDLP), Democratic Unionist Party (DUP), and some Ulster Unionist Party (UUP) to be there for that vote. We couldn’t afford anyone to be absent.”

The Alliance Party has stated that its members are in favour of change in the law, allowing abortion for babies with life-limiting conditions. Sinn Féin too has expressed its frustration with the DUP’s unwillingness to introduce legislation on issues like abortion, gay marriage and the Irish language.

A novelty of the March election is that each constituency is going to lose an Assembly member – moving from six MLAs to five per constituency (from 108 to 90). “The battleground will be between those who top the polls,” said Ms Smyth.

Precious Life will launch its ‘Vote for Life’ campaign next week to “ensure that the people of NI vote only for pro-life candidates and those who are pro-abortion will not be elected”. 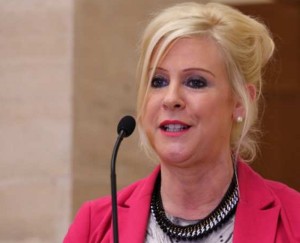 Ms Smyth said “It is a matter of urgency to get as many pro-life candidates elected as possible. David Ford has already made it clear that if he gets elected, on his first day back he will put forward his [abortion] bill again.”

With the DUP and Sinn Féin possibly stuck in a deadlock even after the coming elections, political commentators are speaking of a return to rule from London. “We could go back to direct rule but I would not be concerned that Westminster would force a change in the law here,” said Ms Smyth.

She realises a lot of hard work lies ahead for the pro-life agency, but is hopeful that a government will be elected which upholds, respects and protects the rights of every citizen, “born and unborn.”

She said that Precious Life is “hopeful that perinatal hospice care services will be implemented in every hospital throughout Northern Ireland and women whose unborn babies have been diagnosed with life-limiting disabilities will finally receive the care and support they need.”