Leading US Catholic publication names Bernadette Smyth as Catholic of the Year 2013. 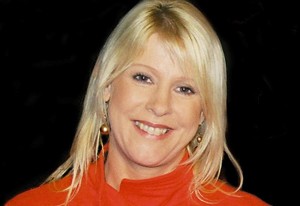 The founder of an Irish pro life agency has been selected by a leading US Catholic publication as one of their ‘Catholics of the Year 2013.’

Bernadette Smyth, director and founder of Precious Life, is honoured in today’s edition of Our Sunday Visitor (OSV) Newsweekly, the most popular national Catholic newspaper in the United States.

Candidates were nominated by both readers and staff and selected by an OSV committee.

Ms Smyth was chosen for her “outstanding leadership in the Church”.

Others honoured on the list include Popes Francis and Benedict XVI, Cardinal Timothy Dolan and Fr Thomas Rosica, founder of Salt and Light TV in Canada.

All nine are pictured on the front of today’s Our Sunday Visitor with the headline: “Explore the lives of nine Catholics who inspired, encouraged and invigorated the faithful and the Church during the last twelve months.”

Inside OSV, under a picture of Bernadette Smyth, Megan Hodder writes, “On the face of it, 2013 was not a good year for the pro-life cause in Ireland and Northern Ireland: the former country introduced abortion into the statute books with the Protection of Life During Pregnancy Act, while the latter has seen the establishment of a Marie Stopes clinic in its Belfast capital undermine its commitment to the protection of unborn life.”

She continues: “It would take a tenacious and feisty activist to stay positive in such circumstances – but Bernadette Smyth fits that description perfectly.”

“A mother of four and committed Catholic, Smyth founded the activist group Precious Life in 1997 and has since helped make it Northern Ireland’s largest and most active pro life organisation.”

Hodder points to Precious Life’s popularisation of the European Citizens’ Initiative ‘One of Us’ which aims to protect the rights of the human embryo across European Union, and Smyth’s support for the marches for Life which brought 50,000 people to the streets of Dublin in July 2013.

“While Precious Life has generated negative headlines with their use of controversial graphic imagery,” she writes, “Smyth staunchly defends the use of such tactics, having herself been converted to the pro life cause after viewing an image of an aborted fetus. She also is refreshingly open about the influence of her faith on her work, putting it at the very heart of what she does.”

In a personal message to Bernadette Smyth, OSV congratulated and thanked her for her example and leadership and service to the church and said that she is “one to watch as the pro-life struggle in Ireland and Northern Ireland grows yet more intense”.

Composed of people from all sections of the community who care deeply about unborn children and their mothers, the group is non-denominational and non-party political.

“Since our formation, there has been a dramatic drop in the numbers of women travelling from Northern Ireland to England for abortion. We believe this is directly attributable to our activism.”

“By exposing the lies surrounding abortion; by educating the public with the truth about abortion; and by campaigning against abortion – we are saving babies, mothers, and indeed this country, from the silent holocaust that is brutally destroying 50 million lives worldwide every year,” says Ms Smyth.

Our Sunday Visitor was founded over a hundred years ago in 1912. Today it has 380 employees and has become one of the largest English language Catholic publishers in the world.

As a not-for-profit organisation, each year it donates $2 million to Catholic organisations throughout the country through the Our Sunday Visitor Institute.

In July 2012, the Sunday Visitor was selected by the Vatican as the exclusive distributor of the North American English edition of the official Vatican newspaper, L’Osservatore Romano.