As people begin to reflect on what any change to the constitutional protection of unborn life would mean in reality, opposition to abortion on demand is set to rise, said the Pro Life Campaign (PLC). 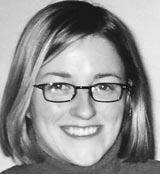 Responding to an Irish Times/MRBI poll published on Saturday, PLC spokesperson Cora Sherlock said the campaign is confident that should the government go ahead with a referendum to amend or remove Article 40.3 of the Constitution, public support for abortion, as expressed in opinion polls, will wane.

This latest poll found that only 23 per cent of those surveyed were in favour of abortion ‘on request’, which contrasts starkly with the views of the Citizens’ Assembly, where two-thirds of its members supported abortion on demand for whatever reason.

“The main players pushing for change to the law here make no secret of their personal support for abortion on request without restrictions. They fully get it however that the public is not on board for such radical change, so of course they’ll try to come forward with a proposal that has the appearance of being restrictive but will be nothing of the sort. That’s what happened in pretty much every country that introduced wide-ranging abortion and I’ve no doubt the exact same ploy will be attempted here.”

However, Ms Sherlock did say there were signs of hope in the survey findings. “Taking a closer look, there are some real positives in today’s poll for the pro life side,” she said.

“I would be confident when people reflect on what dismantling the Eighth Amendment would actually lead to in practice, support for retaining it will grow quickly. The clear lesson from the Citizens’ Assembly is that once you start singling out certain unborn babies as unworthy of legal protection, then in effect you are saying that unborn human life in general has no intrinsic value.

“As a society, we either protect all human life or you end up protecting none. It’s that stark.” 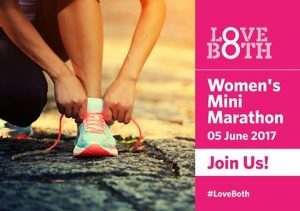 At present, the Pro Life Campaign is distributing a leaflet on ‘Eight reasons to protect the 8th Amendment’ to households in urban areas and it makes very convincing arguments as to why Article 40’s existing human rights protection should be kept.

Some of the facts in the document are shocking. For example, in Great Britain, where a liberal abortion culture now reigns, 90 per cent of babies diagnosed with Down Syndrome are aborted and one in five of all pregnancies ends in abortion.

The leaflet is published as part of the Love Both Project, which emphasises the equal right to life and dignity of mother and baby. Indeed, there is a Love Both team taking part in this year’s VHI mini-marathon on Bank Holiday Monday, 5 June. If you would like to sponsor the team members, contact [email protected].