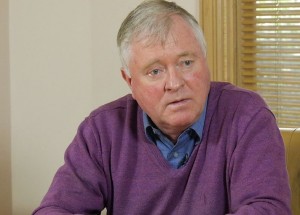 A special commemorative event takes place in St Peter & Paul’s church in Portlaoise this Sunday to mark the country’s first activity during the 1916 Rising.

Parish priest Mgr John Byrne has invited the people of Co Laois to the event on 24 April at 7.30pm.

Speaking about the event in the local press, Mgr Byrne said “We are inviting all the people of Laois to mark the occasion with us in a dignified cultural commemoration which will be streamed on portlaoiseparish.ie.”

He thanked Laois County Council for their support as one of the major events in Laois as part of the 1916 celebrations.

Mgr Byrne explained that for more than a year the local Comhaltas branch has facilitated the formation of a folk orchestra and a special commemorative suite has been composed for the event.

27 UN veterans will attend along with descendants of those involved during the Rising locally.

The seven signatories of the Proclamation will also be represented by a direct descendant of Thomas MacDonagh.

Presentations will be made to seven charity organisations recognising the importance of volunteerism in giving effect to the desire to “cherish all the children of the nation equally”.

Laois was a hive of activity during the 1916 Rising when military actions started in the county on Easter Sunday ahead of events in Dublin on Easter Monday.

Portlaoise or Maryborough Volunteers as they were known at the time were the first into action during the Rising executing the orders they had received from PH Pearse.

Having fired warning shots while demolishing the railway line to Waterford, the local Volunteers were considered fugitives and went on the run.