Home > News > Women must have expanded presence in the Church

Women must have expanded presence in the Church 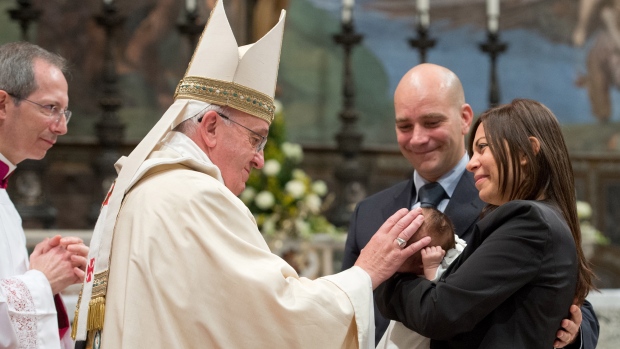 Pope Francis has said he hopes women’s contribution to the life of the Church will continue to expand.

Speaking on Saturday to an Italian women’s group, the Pontiff said the space for women to contribute incisively to the life of the Church may continue to increase.

He told members of the Italian Women’s Centre (Centro Italiano Femminile), which this year celebrates the 70th anniversary of its foundation, that it was “with great joy” he saw many women sharing pastoral responsibilities with priests, both in theological reflection and by supporting individuals, families and communities.

“I hope the space for women to contribute incisively to the life of our Church may continue to increase,” Pope Francis stated.

The Pope spoke about the role of women in wider society and stated that if the contribution of women to the public or professional sphere is important, then their contribution to family life is even more vital.

But at this point, he said, the question arises, “How is it possible for any woman to develop an incisive presence in the many areas of public and professional life where important decisions are made, and at the same time to maintain a special presence within the family?”

The Pontiff suggested that the answer to this would be found in discernment and prayer as well as reflection on the reality of women within society.

Christian women must answer God’s call through dialogue and look to Mary, who cherished her divine son and facilitated his first miracle at the wedding feast of Cana, and was present at Calvary and at Pentecost.

Mary, the Pope underlined, would show women the path to understanding their role within society.

The Centro Italiano Femminile (CIF) was set up in 1944 as a federation of Catholic women’s associations.

It was established in response to the need for guidance on civic and social issues which arose at the end of the Second World War, when Italy introduced universal suffrage and millions of women were called to vote for the first time ever.

Pope Francis opened his address by giving thanks for the organisation’s work over the past 70 years and for its value as a witness to the changing role of women within Catholic communities and Italian society as a whole.