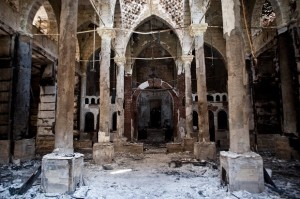 Pope Francis has prayed for those killed and injured in a terrorist attack in Cairo on Friday (29 December 2017). After reciting the Angelus prayer in St Peter’s Square on Sunday, Pope Francis said, “I express my closeness to the Coptic Orthodox brothers of Egypt, struck two days ago by two attacks on a church and a shop in the suburbs of Cairo. May the Lord welcome the souls of the dead, comfort the wounded, their families and the whole community, and convert all violent hearts.”

The Fides News Agency reported that there was a massacre in front of a Coptic church as at least two terrorists tried to enter the Church of Mar Mina, in the Helwan City district on the capital’s outskirts. In the attack a person from the security forces, six civilians and one of the two terrorists were killed. The other terrorist was wounded and taken to hospital. At least four others were wounded. Other government sources reported at least ten victims. A Coptic-owned shop in the same area was attacked, leaving two dead.

There is a risk that local Christians  might get used to such attacks, a local bishop has stated. He expressed concern that they might no longer think of the lives behind the numbers of dead or about how much sadness there is in homes and families.

Anba Antonios Mina, Coptic Catholic Emeritus of Guizeh, added: “It is not true that terrorists carry out attacks to scare tourists: they want to eliminate our smile. They want us all to live in sadness. For this reason reviving our joy is a miracle that only Jesus can do.” 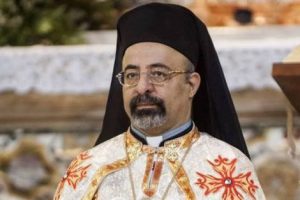 Aid to the Church in Need (ACN), published a statement by Fr Hani Bakhoum Kiroulos on behalf of  the Catholic Coptic Church, “The Catholic Coptic Church supports the efforts of the State in the fight against terrorism. The horrible attack on the Christian community will not extinguish the joy coming from the birth of Jesus Christ and from the promise of God’s messenger to bring salvation to the whole humankind.” He added that the Coptic Catholic Patriarch wants the Egyptian high authorities to counter the terrorism and eliminate the cause of it.  Fr Hani asked ACN benefactors to pray for peace in Egypt.

This is the latest in a number of attacks against a Coptic church and took place just ahead of the Orthodox Copts’ celebration of New Year’s Eve and then Christmas. According to the Coptic calendar, Christmas Mass will be celebrated on the night between 6th and 7th January. Coptic Patriarch Tawadros II is expected to attend the Mass in the cathedral.

Egypt’s Christians are in a minority and have been subjected to many attacks by Islamic militants in recent times. An attack in December 2016 killed more than 100 and wounded dozens. The country has been under a state of emergency since April 2017, when on Palm Sunday the local branch of the Islamic State group carried out suicide bombings at two Coptic Christian churches and killed more than 40 people.

Egyptian security forces had very recently announced plans to protect the city’s churches for the New Year and Coptic Christmas.

Islam is the state religion in Egypt. An estimated 90% of the population is identified as Muslim, 9% as Coptic Christians, and 1% as other Christian denominations.