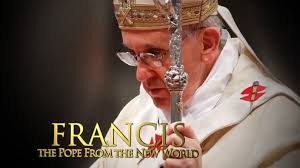 The official Bull of Indiction of the Extraordinary Jubilee of Mercy was officially presented by Pope Francis on Saturday outlining the intentions and the spiritual fruits that are hoped for by the Holy Year.

The Jubilee will open on 8 December 2015 to commemorate both the feast of the Immaculate Conception and the 50th anniversary of the closing of the Second Vatican Council.

In the bull, the Pope says the Holy Year is “dedicated to living out in our daily lives the mercy” which God “constantly extends to all of us.”

The 28-page document, titled “Misericordiae Vultus” or “The Face of Mercy” opens with the declaration, “Jesus is the face of the Father’s mercy. These words might well sum up the mystery of the Christian faith.”

After the Holy Door of St Peter’s is open on 8 December 2015, the Holy Doors of the other papal basilicas will be opened on subsequent days.

As a sign of communion of the whole Church, the Pope has requested that every diocese in the world open a similar “Door of Mercy” for the local celebrations of the Jubilee.

The first theme explores the Church’s theological understanding of God’s mercy, explaining the role of mercy in the life of people and of the Church, who are both the beneficiaries and the witnesses to God’s mercy in the world.

“Mercy is the very foundation of the Church’s life,” the Pope states. “The Church’s very credibility is seen in how she shows merciful and compassionate love.”

“Wherever the Church is present, the mercy of the Father must be evident,” he writes. “Wherever there are Christians, everyone should find an oasis of mercy.”

The motto of the Holy Year is “Merciful like the Father.”

The second theme offers practical ways to live out the Holy Year.

These include suggestions such as going on pilgrimage as an “impetus to conversion”; do not judge or condemn but forgive and give, avoiding gossip, envy and jealousy; have a heart open to the fringes of society and bring consolation, mercy and solidarity to people who live in precarious situations; take up the corporal and spiritual acts of mercy with joy; and observe the ‘24 Hours for the Lord’ initiative, which encourages prayer and the sacrament of reconciliation, in every diocese during Lent.

Confessors are encouraged by the Pope to be “authentic signs of the Father’s mercy.”

During Lent of the Holy Year, the Pope says he will send out “Missionaries of Mercy” – priests to whom he will grant “the authority to pardon even those sins reserved to the Holy See.”

They will be “living signs of the Father’s readiness to welcome those in search of his pardon,” he writes.

In his third theme, the Pope issues particular calls for justice and conversion. He asks members of criminal organisations and those involved in corruption to change their lives and to embrace God’s mercy.

He also notes that both Judaism and Islam “consider mercy to be one of God’s most important attributes” and expresses the hope that the Jubilee “will foster an encounter” with these and other religions that will “open us to even more fervent dialogue” toward greater knowledge and understanding, “eliminate every form of closed-mindedness and disrespect and drive out every form of violence and discrimination.”

The Pope concludes the bull with an invocation to Mary and St Faustina Kowalska, both of whom dedicated their lives to making God’s mercy known.

As with all Jubilees, a plenary indulgence is granted during the Holy Year of Mercy for those who fulfil all of the requirements.

The Holy Year will conclude on 20 November 2016, the feast of Christ the King.

After the bull was read by Fr Leonardo Sapienza, Regent of the Prefecture of the Pontifical Household, in a ceremony by the Holy Door of St Peter’s Basilica, Pope Francis moved into the basilica to preside at Vespers for Divine Mercy Sunday.

In his homily, the Pope said peace, especially during this Easter season, remains the desire of so many people who “suffer unprecedented violence of discrimination and death simply because they bear the name ‘Christian’.”

He said the Church’s prayer becomes a cry for help to the Father, who is rich in mercy, that he may sustain the faith of our many brothers and sisters who are in pain.

“At the same time, we ask for the grace of the conversion of our own hearts so as to move from indifference to compassion.”

Acknowledging that many have questioned why the Church has announced a Jubilee of mercy today, the Pontiff answered, “Simply because the Church, in this time of great historical change, is called to offer more evident signs of God’s presence and closeness.”

He added, “This is not the time to be distracted; on the contrary, we need to be vigilant and to reawaken in ourselves the capacity to see what is essential. This is a time for the Church to rediscover the meaning of the mission entrusted to her by the Lord on the day of Easter: to be a sign and an instrument of the Father’s mercy (cf. Jn 20:21-23).”

“For this reason, the Holy Year must keep alive the desire to know how to welcome the numerous signs of the tenderness which God offers to the whole world and, above all, to those who suffer, who are alone and abandoned, without hope of being pardoned or feeling the Father’s love.”

“A Holy Year to experience strongly within ourselves the joy of having been found by Jesus, the Good Shepherd who has come in search of us because we were lost. A Jubilee to receive the warmth of his love when he bears us upon his shoulders and brings us back to the Father’s house.”

“A year in which to be touched by the Lord Jesus and to be transformed by his mercy, so that we may become witnesses to mercy.”

Pope Francis concluded, “Here, then, is the reason for the Jubilee: because this is the time for mercy. It is the favourable time to heal wounds, a time not to be weary of meeting all those who are waiting to see and to touch with their hands the signs of the closeness of God, a time to offer everyone the way of forgiveness and reconciliation.”