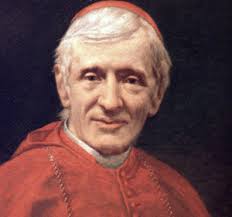 Pope Francis has cleared the way for the canonisation of Cardinal John Henry Newman. On Tuesday (12 February 2019) the Pope authorised Cardinal Angelo Becciu, the Prefect of the Vatican Congregation for the Causes of Saints, to issue a decree attributing a miracle to the intercession of the Blessed Cardinal John Henry Newman. This cleared the last hurdle in the cause for his canonisation.

“This is wonderful news which will be greeted with thanks to God by people across the world,” said Cardinal Nichols. “For me the truly remarkable nature of this moment is that this is an English parish priest being declared a saint. During his life the people of Birmingham recognised his holiness and lined the streets at the time of his burial. I hope every parish priest in England will hold his head high today knowing Cardinal Newman is declared a saint.”

The Cardinal went on to say that Newman’s exploration of faith, depth of personal courage, intellectual clarity and cultural sensitivity make him a deeply admired follower of Christ.

“He brings together so many of the best of Catholic traditions shared well beyond the Catholic Church. His canonisation will be welcomed especially in the Church of England and the wider Anglican Communion,” the Cardinal said.

Cardinal John Henry Newman was beatified (declared a ‘Blessed’) by Pope Emeritus Benedict XVI on his visit to the UK in 2010.

Cardinal Newman was born in 1801 and ordained as a Church of England priest. He went on to found the Oxford Movement. He converted to Catholicism in 1845 and was later made a cardinal. After he died at the age of 89, more than 15,000 people lined the streets for his funeral.

The cause for his sainthood was opened in 1958 and he was declared Venerable by Pope Saint John Paul II in 1991 after his life of ‘heroic virtue’ was recognised.

After his beatification, Monsignor Roderick Strange, a Newman scholar and author of a book entitled John Henry Newman, A Mind Alive, spoke to Vatican Radio about Newman as “the thinker, the friend, the priest”.

Monsignor Strange spoke about Newman’s friendship with Edward Pusey, who was also part of the Oxford Movement, a movement that aimed to help the Church of England retain and develop its Catholic tradition.

Newman became a Catholic while Pusey remained an Anglican, but they remained good friends. According to Monsignor Strange, they exemplified that personal trust is a vital feature in all ecumenical, and human, relationships.