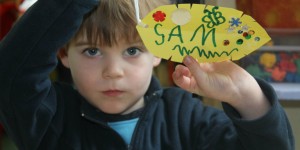 30% of Irish children are materially deprived according to UNICEF’s Report Card 13.

That means their family cannot afford items including housing, heating, ample food (a protein meal every second day), and ability to pay unexpected expenses such as a TV, a washing machine or a car.

UNICEF’s report card titled Fairness for Children: A league table of inequality in child well-being in rich countries, places Ireland 7th out of the 41 EU and OECD countries on all dimensions of inequality.

“(In) an often quoted part of the Proclamation, the leaders who were celebrated not so long ago, proclaimed that all children in Ireland shall be cherished equally. Whereas this report, not just in Ireland but in all of Europe, and the OECD paints a very different story of inequality,” said Peter Power, Executive director of UNICEF Ireland, on Newstalk Breakfast radio show.

“This report details the difference between the average child in all of the 41 OECD versus the child in the last 10%, and that gap by any measure, and across all measures, in the report is getting bigger and bigger,” he added. 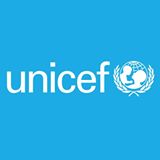 In particular, the report shows that nearly a third of all Irish children live in materially deprived households, but that this would be far greater were it not for social transfers (such as social protection payments and child benefit payments).

UNICEF stated that this (social transfers) is an unsustainable way to address income inequality.

Policy makers in Ireland need to think of a more holistic approach to endemic inequality.

UNICEF questions the success of economic growth when so many children are deprived and families must rely on social safety nets to make ends meet.

Other concerns include the impact social inequalities have on children’s health. Young people in Ireland are placed 20th on a list of 35 EU/OECD countries in terms of self-reported health problems. There is still a high inequality link to unhealthy lifestyles, in particular unhealthy eating habits. 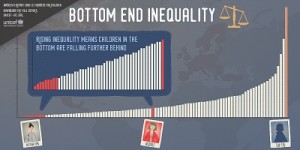 UNICEF acknowledges that Ireland is going in the right direction, achieving small gains in narrowing most of the inequality gaps for health, education and well-being.

This shows that Government policies can bring change when focused on young people, especially the disadvantaged.

As Ireland forms a new government, UNICEF Ireland lists proposed areas to strengthen child well-being including:
• Protect the incomes of households with the poorest children.
• Improve the educational achievements of disadvantaged learners.
• Promote and support healthy lifestyles for all children.

This brings the numbers to 293 families and around 600 children (to be confirmed) who have become homeless in the first 3 months of this year alone in the capital.

“The family homeless crisis is continuing to deepen with nearly 300 newly homeless families referred to Focus Ireland’s Family Services in the first three months of this year compared to a total of 739 becoming homeless in Dublin during the whole of last year. Many more single people have also become homeless during this time,” said Mike Allen, Director of Advocacy, Focus Ireland.

He added that tackling the housing and homeless crisis must be at the heart of any new Programme For Government.

“We must remember that while the horse-trading to form the new government is taking place more than 3 families have become homeless every single day so far this year,” he said.

The charity previously issued a five point plan setting out the key elements which should inform such a programme including a commitment to build 40,000 social homes over the next 5 years.

Focus Ireland is supporting at least one family a day to secure a home with the support of the DRHE (Dublin Regional Homeless Executive) and the Local Authorities.