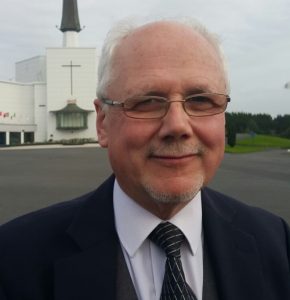 The plight of Christians in the Middle East and in Africa came into particular relief at a meeting of national directors for the charity Aid to the Church in Need which ended in Sligo yesterday.

This was the first time that Ireland hosted the annual meeting of directors with Sligo chosen as the venue because of its proximity to the national shrine at Knock and to St Patrick’s Purgatory at Lough Derg, both of which were destinations for outings during the four-day conference.

“It looks like a tsunami which is taking away Christianity from the cradle of Christianity in the Middle East,” he told CatholicIreland.net afterwards noting that 100 years ago, 20 percent of the population of the Middle East was Christian, but now only four to five percent are Christian.

He talked about the work of ACN in the Middle East, in particular in Syria, which is focused on helping people to remain and rebuilt their lives.

“Our work is focused on the pastoral mission of the Church, building churches and places of worship, supporting 11,000 to 12,000 priests going into seminary,” Declan Quinn, Irish director of ACN told CatholicIreland.net.

“Mass stipends are a big activity for us with one in every nine priests around the world being given the benefit of Mass stipends that we collect for them.”

“How do we organise ourselves to be a more effective contribution to the Church in need” Are we pursuing our mission? Can we do more? Can we do better?” 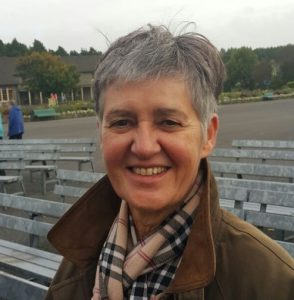 Mr Quinn who has been national director since August 2010, said that in Ireland the focus tended to be on raising funds “because the Church is so impoverished in places like Africa. So fundraising is a component. But we can’t ignore need of our benefactors for support in handing on the faith in their own families,” he said.

This they try to do through their monthly magazine, the Mirror, which is free to download from their website www.acnireland.org.  It is also available at the back of many churches.

Christine du Coudray, Head of the Africa section, just recently returned from the Democratic Republic of Congo addressed the conference on her experiences in Manono, Kathenga where the local bishop serving a huge area, has no curia (diocesan administration system) and no meeting room.

There are many structural challenges, she told CatholicIreland.net but “the formation of Church personnel is actually more important than infrastructure. We need to strengthen the spiritual formation in the major seminaries.”

Aid to the Church in Need was founded by the Dutch Norbertine priest Father Werenfried van Straaten in 1947 and  has its headquarters in Königstein, Germany.