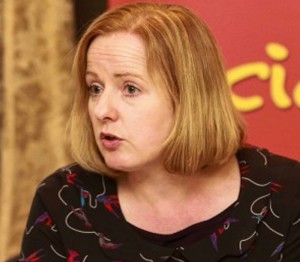 The third bill tabled since 2012 by the Opposition and aimed at securing the liberalisation of the country’s abortion laws was voted down in the Dáil on Tuesday evening.

Socialist Party deputies Ruth Coppinger and Joe Higgins’ bill was supported by 23 deputies but opposed by 74, including members of the government and Fianna Fáil.

Welcoming news of its defeat, the deputy chairperson of the Pro Life Campaign (PLC), Cora Sherlock criticised the motivation behind the Private Member’s Bill, noting that there seemed to be more interest in political point-scoring than the well-being of women and their babies.

The outcome means the 8th Amendment, which was introduced in 1983 and resulted in Article 40.3.3, and provides for the equal right to life of the unborn and the mother remains in place.

Describing the amendment as representing “the last remaining constitutional protection for the unborn”, Cora Sherlock warned that repealing the 8th Amendment would mean “removing all legal protection for this group of vulnerable human beings.”

She said the amendment was responsible for saving tens of thousands of lives in Ireland.

Cora Sherlock added that there were many people alive today because, the extra time needed by their parents to travel to Britain for an abortion, had given them time to think and allowed them to change their minds.

According to the PLC, independent opinion polls have repeatedly shown that the majority of Irish people do not want an easing of the restrictions on abortion.

Cora Sherlock warned that as it is the Protection of Life During Pregnancy Act allows abortion through the “full nine months of pregnancy on a threat of suicide, without any medical evidence to back it up”.

“But at least while the 8th Amendment is still in place, the right to life of the unborn child must still be considered by doctors in Ireland,” she added.

Two earlier Private Members’ Bills on abortion were tabled by Independent deputy Clare Daly. In February, her attempt to provide for abortion in cases of fatal foetal abnormalities was defeated.

In April 2012, Deputy Daly’s bill to legislate for the X case was also defeated.