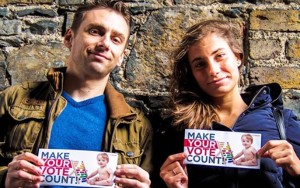 In the run up to the election, the Pro Life Campaign has questioned MEP hopefuls on their stance on abortion with four precise questions:

“As a Member of the European Parliament, and notwithstanding the position of your political party (if applicable) will you:

In the Midlands-North-West Constituency: Senator Rónán Mullen (Ind) and Pat ‘the Cope’ Gallagher MEP (FF)  have answered ‘Yes’ to all four questions.

The office of Marian Harkin MEP (Ind) replied:  “Marian is pro-life, her voting record in the Parliament is pro-life and if elected she will continue to vote this way.”

Senator Thomas Byrne (FF) answered: “I confirm that I am, and always have been, pro-life.” Senator Byrne voted against the Government’s abortion legislation in the Seanad.

Cllr Matt Carthy (SF) did not respond to the survey and has been an active supporter of legalising abortion in Ireland.

According to the PLC, “Sinn Féin as a party has consistently ignored the ethical distinction between necessary life-saving medical interventions in pregnancy and induced abortion (where the life of the baby is intentionally ended).” 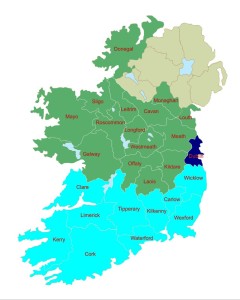 Map of constituencies for European Elections

In Dublin: Raymond Whitehead (Direct Democracy Ireland) did not respond to the questions but has said he supports repeal of the abortion law and opposes EU interference in Ireland’s abortion laws.

Sitting MEPs Nessa Childers MEP (Ind) and Emer Costello MEP (Lab) do not “have a pro life voting record in the European Parliament,” according to PLC.

Paul Murphy MEP (Socialist) and Cllr Bríd Smith (People Before Profit) both say they are in favour of abortion, while Eamon Ryan (Green) has called for greater supports for women in crisis pregnancy situations, supporting the provision of abortion in certain circumstances.

Lynn Boylan (SF) said that as a party Sinn Féin supported the abortion legislation in 2013.

Theresa Heaney said if elected, she would campaign as an MEP for the protection of human life at all stages. Brian Crowley MEP said, “As my record shows, I have always been, and will continue to be, pro-life.”

“He has consistently opposed abortion as a Member of the European Parliament,” comments PLC.

Meanwhile, the Life Institute has published the names of 188 pro-life candidates running in the local elections.

This can be accessed at: http://www.thelifeinstitute.net/am_cms_media/uploaded/l/0e3243629_1400779961_localelectioncandidate-list.pdf