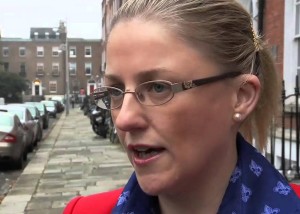 The Pro Life Campaign has said it is not in the least bit surprised by opinion poll results on abortion published in Sunday’s Independent.

Among the key findings of the Millward Brown poll are: 56% of the public support a referendum to repeal the 8th Amendment; 60% support abortion in the case of threatened suicide; 69% support abortion where the woman is pregnant as a result of rape.

Commenting on the poll, Pro Life Campaign Deputy Chairperson, Cora Sherlock, said she was “not in the least bit surprised by these results.”

“Take abortion in the case of threatened suicide, nobody can deny that in recent weeks abortion in this situation has been repeatedly presented in the media as a life-saving treatment. The reality is very different.”

“Not only is there no medical evidence to support abortion in this case, there is much peer reviewed evidence highlighting the adverse mental health consequences of abortion for women.”

She said for some pro-choice campaigners “evidence counts for absolutely nothing in this debate.”

Ms Sherlock stated that her concern was not with the poll results but with the one-sided debate within the media on the issue. “It is a pretend debate not a real one,” she challenged.

“It is disgrace that abortion in the case of threatened suicide is now being presented without qualification as a necessary medical treatment when it is nothing of the sort,” she stated.

She said it was also very disturbing that the baby at the centre of the latest abortion controversy, who is currently struggling to stay alive in an Irish hospital, has been treated as a ‘nobody’ in most of the coverage rather than a unique human person with dignity and rights.

“If the public were asked in a poll ‘do you support the repeal of the Government’s new abortion law which allows abortion up to birth, based on no medical evidence,’ it would reveal an entirely different picture. It would not be a loaded or misleading question to ask. It merely reflects the reality of what is now legal.”

Separately, the PLC said last week that the Government’s new guidelines on abortion “reinforce the obscenity of abortion law.”

In a statement, the PLC said that as a direct result of last year’s abortion law “a defenceless baby at this very moment is clinging to life in an Irish hospital.”

Commenting on the publication of the guidelines, Cora Sherlock said, “The law introduced last year was presented as emergency legislation needed to save women’s lives. If this were true, it wouldn’t have taken over a year for the Government to draw up the guidelines.”

“The truth of course is that the legislation was never about life-saving treatments. It was always about Fine Gael capitulating to the Labour Party, who had campaigned for 20 years for an abortion regime in Ireland,”she claimed.

Ms Sherlock said that “in recent days, in response to pro-life queries, Fine Gael TDs have been sending an identical circular response to constituents claiming the new law is not really about abortion at all.”

She said “pro-life people would have more respect for Fine Gael if they were open and honest about what they did. By trying to pass off the new law as a life-saving measure they are just adding insult to injury.”

The PLC spokesperson said Fine Gael had opened the door to abortion in Ireland.

“They did so in the full and complete knowledge that abortion is not a treatment for suicidal feelings. Once the principle was conceded in law that it was acceptable to directly target the life of an unborn baby, it was utterly predictable that pro-abortion advocates would use this opening to push for more abortion. That’s precisely what’s happening thanks to Fine Gael breaking its pre-election promise not to legislate for abortion,” she said.