The planet is “on the brink of an unprecedented global catastrophe” 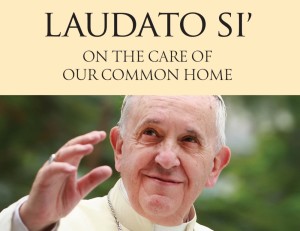 The Secretary of State at the Vatican has warned that there is a “clear urgency” for people to come together to tackle the devastating impacts of climate change.

In his address on the first of a two-day conference – ‘Saving Our Common Home’ – hosted by the Vatican’s Dicastery for Integral Human Development, Cardinal Pietro Parolin noted that the scientific community has been particularly appreciative of Pope Francis’ encyclical, Laudato Si and that it has also made a very deep impression on adherents of other faiths.

Pope Francis is due to address the conference today, which has brought together up to 400 global faith leaders, scientists and politicians in the hope of influencing meetings of the International Monetary Fund, the World Bank, and the UN Climate Change Conference later this year.

The Vatican conference is being held to mark the third anniversary of the publication of Pope Francis’ 2015 environmental encyclical.

In his address opening the event on Thursday, Cardinal Peter Turkson, head of the Dicastery for Integral Human Development, warned that the planet is “on the brink of an unprecedented global catastrophe.”

He said the effects of climate change, including warming temperatures and rising sea levels, “place a question mark on the very future of human existence.”

“Is our world listening? Or do we find new ways of inviting our world to listen?” Cardinal Turkson questioned and suggested that this was part of the task for the gathering in the Vatican.

The conference has been divided into three parts: examining the current state of global environmental concerns, discerning the best actions to take, and inspiring a ‘massive movement’ to care for the Earth.

In his address, Cardinal Parolin said Pope Francis’ encyclical has been well received as a powerful contribution for better understanding and addressing more effectively a number of critical issues challenging humanity, on the basis of a broader and more profound approach of integral ecology.

“It is precisely from the context of interrelationality, that ‘everything is connected’, that the Holy Father reminds us that humanity is the steward of and not the lord over creation. Indeed, as he points out on various occasions, the brokenness in man’s relationship with God, with the other and with creation, at its roots, stems from a misplaced anthropocentrism,” he said.

The first of these is the context of the current and ever-emerging environmental challenges of our age, in which there is a clear urgency in the invitation of Pope Francis to take care of our common home.

“We all know how precarious is the situation of our planet today. The encyclical is indeed a timely response to one of the most urgent challenges faced by humanity today, namely, a possible collapse of the very home that sustains us and all forms of life.”

Secondly, Cardinal Parolin said Laudato Si is important for its message on an Integral Ecology.

“We all need to come together to commit to saving our common home. As Pope Francis writes, “all of us can cooperate as instruments of God for the care of creation, each according to his or her own culture, experience, involvements and talents” (LS, 14).

He continued, “In Laudato Si, Pope Francis offers a profoundly spiritual vision of the natural world, speaking of the gospel of creation, the very title of the second chapter of the encyclical.”

Faith convictions can offer Christians, and some other believers as well, ample motivation to care for nature and for the most vulnerable of their brothers and sisters.

He recalled Pope Francis’ words, “human life is grounded in three fundamental and closely intertwined relationships: with God, with our neighbour and with the earth itself.”

The Vatican Secretary of State underlined that the Catholic doctrine of creation does not regard the world as an accident.

“Our planet, indeed the universe, is an intentional act of God that is offered to human beings as a gift.  Creation is the first step in the great vocation of man: creation, incarnation, redemption.”

“Humanity is not an afterthought. God did not have two agendas: first, the world and then, humanity. Man and woman are made in the image and likeness of God, they are an intrinsic part of the universe, and their vocation is “to till and to keep” it all.”

But he stressed, “tilling and keeping should not include domination and devastation. Such behaviour makes a mockery of the dignity of and the respect due to God’s gifts.”