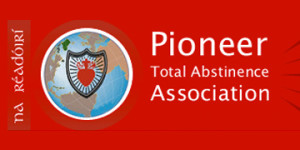 The Pioneer Association has said it supports efforts to ban all alcohol sponsorship in sports by 2020.

The Minister of State for Health, Alex White, has given his proposals on a ban to be implemented by that date to the Cabinet.

However, two other ministers are known to be opposed to drawing up an implementation date until plans are in place to source alternative funding for the deficit which the alcohol ban would create.

The Cabinet has yet to collectively consider Minister White’s proposals.

Speaking to CatholicIreland.net, Pioneer CEO, Padraig Brady said, “Generally the Pioneers support anything that would reduce the harmful effects or curtail the misuse of alcohol.”

“Obviously we would like to see sponsorship from a source other than the drinks companies.”

Currently, alcohol sponsorship of sports events and organisations is believed to total €20 million a year.

The Pioneer Association’s CEO believes that there are other sources of revenue which can be tapped into.

“Nobody is looking for the introduction of the ban immediately. If the alcohol companies stepped out, I think, not withstanding the present recession, other companies would step in.”

Underlining that the Pioneer Association is not an advocacy group, Mr Brady said the organisation approached addiction from the perspective of spirituality.

“We highlight that there is a spiritual aspect to coping with addiction and staying off alcohol,” he said.

In September, the Association is organising a major two-day national conference at All Hallows College in Dublin on the theme ‘The Spirit that Sets Us Free – Overcoming Addiction’.

Speakers include Jesuits priests Fr Peter McVerry and Fr Bernard McGuckian, who is Spiritual Director to the Pioneers, as well as addiction counsellor, Majella Coyle. Archbishop Diarmuid Martin of Dublin will celebrate the closing Mass on Sunday 29th September.

The Pioneer Association was founded 125 years ago this year in 1878 by Fr James Cullen, SJ in the Church of St Francis Xavier, Gardiner Street, Dublin. The conference is part of the 125th anniversary celebrations.

The Association describes itself as “a spiritual, prayer-based organisation founded to help address the problems in society caused by alcohol and drug abuse.”

Its aim is to promote the virtue of temperance. Pioneers work towards achieving this aim primarily though: “faith and prayer, self-denial leading to inner-freedom, setting a beneficial example to others and presenting alternatives to individuals, particularly the young.”